The Top 10 Most Common Causes of Car Accidents 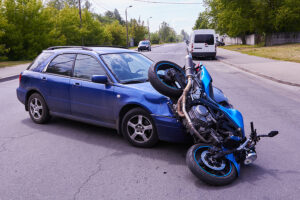 There are many causes of car accidents. However, some occur more often than others. If you suffered an injury in a car accident, it is important to understand what caused your crash, so you can use this to obtain maximum compensation. Each type of car accident is different and requires a different type of investigation.

Our car accident lawyer will investigate your accident closely to determine the true cause of the crash. When uncovering the causes of the accident, your attorney may also uncover multiple parties that share the blame for the accident and your injuries. This is an important step in winning your case and collecting the compensation you deserve.

Ten of the most common causes of car accidents include:

The statistics on distracted driving are alarming, especially because distracted driving is almost completely preventable in the majority of situations. Experts consider distracted driving a significant public health problem in the United States. Distracted driving leads to reduced reaction time, inability to keep a vehicle in lane, and catastrophic accidents resulting in serious injury and death. We are all at risk every time a driver looks at a cellphone while behind the wheel.

Sadly, the use of cell phones and GPS technology in vehicles has increased the number of car accidents caused by distracted driving.

Despite the alarming risks of texting, and despite state laws (including in Pennsylvania) making texting and driving illegal, the NHTSA’s crash statistics estimate that at any given time during the day, more than 850,000 drivers in the United States are texting or otherwise using cellphones from behind the wheel of a motor vehicle. These drivers run a substantially higher risk of getting into an accident than other drivers.

Fortunately, Pennsylvania law allows victims of auto accidents to recover from any party who caused an accident and injuries by acting in a negligent or reckless manner. In many cases, victims can recover significant compensation for their losses, which can include medical expenses, lost income, property damage, and physical and emotional pain and suffering.

Nearly 40 years ago, Mothers Against Drunk Driving (MADD) riveted the nation’s attention on the issue of drunk driving as a killer on America’s roads. In the decades since, the public advocacy of MADD and similar organizations and the passage of impaired driving laws have made a dent in drunk driving and its close cousin, drugged driving, as a public health problem. Nevertheless, impaired driving remains a massive national problem.

In Pennsylvania, drunk and drugged driving is illegal—yet, about 1,500 crashes involved impaired or drunk drivers in Philadelphia in a single year alone. Importantly, the laws against impaired driving in Pennsylvania extend to operating motor vehicles under the influence of legal, prescription drugs that have side effects similar to drug or alcohol intoxication.

If you suffered an injury in a drunk driving accident, it is important to know that law enforcement is focused on the criminal aspects of your case. As such, you need to hire an experienced Pennsylvania car accident attorney to look out for your interests while you recover.

Oftentimes, weather-influenced road conditions play a significant role in causing motor vehicle accidents. In fact, it is one of the top causes of car accidents.

When bad weather causes a car accident, you may wonder how you can collect compensation. While you can’t file a lawsuit against Mother Nature, the driver who rear-ends someone in a dense fog, for example, is still responsible for the crash. All drivers must use extra caution when driving in bad weather to avoid accidents.

Drivers who operate their vehicles in poor weather conditions as if the roads were dry and clear may bear legal liability for any accidents and injuries they cause. Never assume that just because the weather was terrible when your accident happened that you should let the driver who collided with you off the hook.

Driving or riding in a motor vehicle comes with an inherent risk of accidents and injuries. These risks significantly increase, however, when other drivers on the road act in an irresponsible manner. While some drivers simply make a mistake, others may purposefully decide to drive in a dangerous manner. If an intentionally dangerous driver causes an accident, all injured victims have the right to recover for their losses from that driver.

The majority of drivers will grow impatient behind the wheel at some point in their lives. Traffic and slow drivers can frustrate you, especially if you are in a hurry or running late. However, this impatience cannot cause you to drive recklessly or aggressively. Drivers who let their emotions override their judgment when driving can cause serious and fatal accidents. In fact, aggressive driving is one of the most common causes of car accidents. Reckless driving, road rage, and tailgating are some of the most common aggressive driving behaviors.

According to a March 2018 survey of speeding conducted by the NHTSA, this casual acceptance of driving over the speed limit represents a major problem on U.S. roads. Speeding is a contributing factor in a high proportion of severe crashes. In fact, in one recent year, speeding drivers caused 26 percent of all fatal accidents, resulting in the loss of 13,000 lives.

For every 10 miles per hour over 50 miles per hour a car travels, the chances double of its driver and passengers dying in the event of a crash. The NHTSA study makes particular note that while pushing the speed limit increases the severity of crashes on highways, 86 percent of fatal speeding-related accidents were not on interstate highways.

In other words, speeding is not just dangerous on highways, it’s especially dangerous on neighborhood roads, city streets, and other roads—and it’s almost always evidence of negligence.

Although some states treat yellow lights as the equivalent of a red, Pennsylvania’s driver’s manual is less definitive, advising drivers to “slow down and prepare to stop,” but allowing for drivers to proceed through an intersection if they determine they cannot safely stop in time. As a result, Pennsylvania drivers see yellow lights and must decide, often in the blink of an eye, “Can I get through this light, or should I slow down and wait?”

APS reports that a survey by the car insurance industry suggests 85 percent of all drivers cannot identify the right answer to that dilemma. Far too often, they think yellow lights mean, “Hurry up.” When they get the decision wrong, accidents can injure innocent people.

You might think that these accidents mostly involve drivers who fail to stop or do a so-called rolling stop. But IIHS found that only 17 percent of drivers involved in these crashes admitted to not having stopped. Most drivers insisted they did stop but that they didn’t see the other car coming. It turns out, in other words, that driver decision-making is the real danger of stop-sign intersections.

Philadelphia drivers aren’t just required to stop at stop signs, they must also judge for themselves when it’s safe to proceed (similar to the way drivers must judge whether to slow down or speed up when a traffic light turns yellow). Drivers don’t always make the best decisions, nor do road conditions always make it easy for them to do so.

A driver who misjudges when it’s safe to proceed through an intersection with a stop sign may be negligent, but so might local governments and road agencies that have an obligation to keep stop sign intersections free from visual obstacles that make it difficult for drivers to see oncoming and crossing traffic.

If you were injured in an accident at a stop sign intersection, an experienced motor vehicle accident attorney can help identify who might have been at fault.

Turns are one of the more common pre-crash events in motor vehicle accidents on U.S. roads. Left turns are typically the most common of those, followed by right turns, and then U-turns.

These accidents occur at intersections most often, but also when crossing a lane of oncoming traffic, such as turning left into a shopping center parking lot. The risk of improper turn accidents rises when drivers fail to use turn signals or drive in poor weather conditions.

Left-turn accidents can present especially deadly situations, especially when they involve collisions between a turning vehicle and a motorcycle. These T-bone collisions, in which one vehicle collides perpendicular to the other vehicle, exert catastrophic forces on drivers of both vehicles, often resulting in severe injuries and death.

Drivers rightly expect road surfaces to remain clear of debris, potholes, and other hazards that could cause them to lose control, and for other vehicles to be of appropriate size and weight to travel on a particular road. At the very least, drivers need road crews or other drivers to warn them of hazards.

Unfortunately, sometimes the parties responsible fail to give adequate warnings and fail to maintain or repair roads to keep them safe for travel. Some common man-made road hazards that drivers should receive warnings about, but often do not, include:

Parties responsible for keeping our road surfaces safe and clear must take precautions to prevent hazards from appearing out of nowhere. That can mean cutting overhanging limbs away from roads to reduce the chance of them falling in a storm, and ensuring roads have adequate structural support to prevent subsurface conditions from undermining their integrity.

When an accident occurs because of a road hazard, an experienced car accident attorney’s job is to figure out who had responsibility for making sure the hazard did not exist and/or for warning drivers about the hazard so they could take reasonable precautions. Often, those parties include local governments and road departments, private landowners, and the owners of vehicles that caused the damage or hazard in the roadway.

More on car accidents caused by road defects and hazards

The average adult does not get the recommended hours of sleep every night. As such, they may be driving fatigued daily, especially during long morning and evening commutes. Drowsing driving is the cause of many car accidents. When a driver is fatigued, they can miss bicyclists or pedestrians on the road. They may run a red light or fail to notice a stop sign. They may even fall asleep at the wheel and drive into oncoming traffic.

The AAA Foundation for Traffic Safety found that drowsy driving is similar to drunk driving in many ways. Drivers have slowed reaction times, poor coordination, and impaired judgment. In fact, law enforcement officials often stop drivers under suspicion of drunk driving only to realize that they were simply too tired to drive safely.

Unsure of the Cause of Your Car Accident? Call The Levin Firm.

Attorney Gabriel Levin is an experienced and compassionate personal injury lawyer who is dedicated to protecting the rights of injured accident victims. To schedule a free consultation with Mr. Levin, please call our office today at (215) 825-5183 or fill out the contact form available on the bottom-right side of this page.

Latest News
View All Articles
October 22, 2021
Who Pays When You Sue After a Car Accident?

You were in a car accident and you suffered serious injuries. You know the accident was not your fault and your family and friends are encouraging you to seek l...

Car accidents—unfortunately, they can happen to anyone, anywhere. The immediate aftermath of an accident is chaotic. You are concerned about your damaged car,...

October 20, 2021
Can I Get a Settlement for a Car Accident Without a Lawyer?

You were in a car accident. You probably have hundreds of questions and you do not know where to turn. The immediate aftermath of an accident is chaotic. You ex...