What Are The Dangers Posed By Reckless Driving? 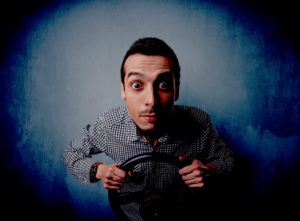 Philadelphia Car Accident Lawyers can help you with injuries caused by reckless drivers.

Like other states, Pennsylvania’s definition of reckless driving covers a wide variety of driver actions and behaviors, many of which can lead to an accident. According to Pennsylvania law, reckless driving occurs when “a person drives any vehicle in willful or wanton disregard for the safety of persons or property.”

For example, going over the speed limit can result in a speeding violation, but when a driver is speeding excessively, law enforcement might issue a reckless driving ticket, especially when speeding caused property damage, bodily injury, or death.

3 of the most common types of reckless driving behaviors include:

Some other examples of driver behaviors often resulting in a reckless driving citation include:

All of the above behaviors can result in collisions and other accidents that may result in physical injury or the tragic loss of life. Reckless and aggressive drivers may face liability for the accidents they cause. When a driver intends his aggressive actions to harm another driver, a greater likelihood of punitive damages against the driver may arise.

The Pennsylvania Department of Transportation’s crash data doesn’t offer specific information on reckless driving, but it does offer statistics related to some of the above behaviors. In their most recent year of data:

Why Do People Drive Recklessly?

After all the time and money spent on learning about aggressive driving, the NHTSA cannot provide specific causes. Yet, they have strong research that supports the factors which often contribute to reckless driving. After studying data collected by law enforcement officers across the nation, the NHTSA has identified four scenarios which are often associated with reckless driving citations. Keep in mind that a driver might experience one or more of these factors simultaneously:

Penalties and Fines for Reckless Driving in Pennsylvania

Drivers who are convicted of reckless driving also face point penalties to their Pennsylvania driver’s licenses. Each traffic violation has a point value assigned. As a person accumulates points, they might face legal consequences, including suspensions and fines, plus fees for reinstatement. One year without traffic violations will clear points from a driver’s record.

Steps After An Accident With A Reckless Driver

Many reckless driver behaviors are recognizable after a crash. To ensure you have the best outcome with insurance companies and a potential lawsuit, you need to take a number of steps after you have an accident with a reckless driver. They include:

If you or any other driver or passenger involved in an accident with a reckless driver has been injured, you need to call 911 as soon as possible to dispatch emergency response teams and law enforcement to the scene of an accident.

Don’t refuse medical treatment after an accident, even if you feel okay. Some injuries from traffic accidents don’t show symptoms right away, especially concussions and other brain injuries. If the accident is not severe enough to warrant an ambulance ride, make sure to head to the nearest emergency room or your doctor as soon as possible to get checked out. Medical documentation is crucial to providing evidence of harm to insurance companies and defense teams.

Gather information at the scene of the accident.

It’s likely law enforcement will come to the scene of the accident and complete a report. Yet, it’s in your best interest to gather as much information as you can, if you are physically able to do so. This includes:

Remember that reckless drivers might feel angry and frustrated. You should always remain calm, and proceed with caution when trying to gather information. In some cases, it might be in your best interest to stay in your vehicle until police arrive. Use your best judgment, but don’t jeopardize your personal safety to gather evidence you can get off of the police report.

Even though you are certain another driver is at fault for the accident, you need to report the accident to your insurance company. Pennsylvania is a no-fault insurance state, which means all drivers file claims under their own personal injury protection (PIP) policies to recover the costs of a traffic accident.

Keep all bills and receipts.

You need to provide documentation to prove economic loss related to a traffic accident. Your PIP insurance in Pennsylvania only covers medical costs up to a certain amount. Bills, receipts, and pay stubs show all medical costs, as well as repair costs, lost wages, and travel expenses to and from the doctor.

When reckless drivers cause accidents, they are often severe and result in serious injury or fatality. In these types of accidents, it’s highly likely your PIP insurance will make only a dent in providing the compensation you deserve for your loss and injuries. A skilled and reputable personal injury attorney can help you seek compensation beyond PIP coverage in Pennsylvania, so you don’t have to shoulder the financial burden which often accompanies a severe accident. Additionally, good lawyers are skilled negotiators who can handle communication with insurance companies, protecting you from tactics they will use to devalue your claim and reduce liability. In many cases, a personal injury attorney can also negotiate a higher settlement than you would receive on your own.

After you have an accident involving a reckless driver, and you file an insurance claim under your mandatory Pennsylvania PIP coverage, you can file a personal injury lawsuit against the at-fault driver to recover additional damages not covered by your policy. It’s likely you won’t take legal action after a minor accident, but the medical costs from a severe accident often meet or exceed policy limits quickly. If you file a lawsuit against the at-fault driver, you might recover the following damages from a settlement or verdict in your favor:

How to Avoid Reckless or Aggressive Driving Accidents

While you cannot control the actions and emotions of other drivers, you can try to avoid harmful encounters. Here are some suggestions for avoiding aggressive or reckless driving accidents:

Reckless driving is a serious offense which potentially leads to life-changing injuries for those who are victims in an accident. If you have suffered injury in an accident with a reckless driver, talking to an experienced Pennsylvania personal injury attorney can help advise you on your best course of action.