Can I Recover for Injuries Sustained in a Bad-Weather Car Accident? 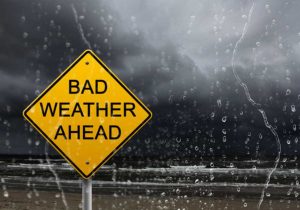 Here are some of the most common weather conditions that contribute to car accidents in the Philadelphia area.

Bad Weather Conditions in Philadelphia That Cause Car Accidents

According to the City of Philadelphia, our area receives about 20 inches of snow accumulation annually, enough to expect several days per year when local drivers must contend with snow-covered streets and highways. The PennDOT winter travel guide offers good advice about the precautions drivers should take in winter conditions.

Any of the following driving behaviors on a snow-covered road could constitute negligence and may lead to accidents:

If you were in an accident on a snowy road, pay attention to whether the other driver(s) were following PennDOT’s safe winter driving advice. If they weren’t, then they may have legal liability to you for your injuries.

Like snow, ice is another winter weather driving condition in Philadelphia that can lead to catastrophic accidents. In fact, ice may present even more dangers than snow because drivers may sometimes have difficulty spotting it. Roadways that look wet but are actually frozen—a condition commonly called black ice—results in some of the worst accidents on local roads.

Anyone who has ever hit a patch of black ice knows it’s scary. Even at low speed, a driver can lose control of a car. When black ice contributes to a motor vehicle accident, the question to ask is whether he was ignoring the danger of icy roads altogether and driving on a black ice-covered street as if it’s just a little wet. Whenever temperatures hover around freezing and roads are wet, ice is a concern. A driver who fails to exercise extreme caution in those conditions may act negligently.

Did you know that the first 10 minutes after it begins to rain are the most dangerous for driving? According to AAA, that’s because oil and other debris that may make the road slick rise up off the road in that time frame, making for dangerous driving conditions. Drivers have less traction and reduced visibility when it’s raining. Caution is a must, especially in Philadelphia, where we receive more than 40 inches of rain per year on average.

Under Pennsylvania law, drivers must turn on their headlights whenever they’re using wipers. This makes them visible to other drivers under conditions in which a car without its lights on may blend into the background and prove difficult to spot.

Using headlights, however, is not the only precaution Pennsylvania drivers must take to keep themselves and others on the road safe on a rainy day. Similar to snowy conditions, safe driving in the rain requires keeping a safe distance, reducing speed, and avoiding cruise control.

Drivers who ignore these rules risk losing control of their vehicles, particularly when driving through standing water. It’s also a sign of negligence when drivers fail to maintain their cars for safe rainy-weather driving, such as by ensuring their tires have adequate tread and they have effective wipers.

If you sustained injuries in a motor vehicle accident on a rainy day, whether a drizzle was falling or it was raining cats and dogs, do not assume that means the other driver could not have avoided the accident. Speak with an experienced Philadelphia car accident attorney to help determine whether the driver did not exercise appropriate precautions to keep other drivers, passengers, cyclists, and pedestrians safe.

Philadelphia is a city on two rivers, the Delaware and the Schuylkill, and thanks to their influence, we have our share of foggy days in the City of Brotherly Love.

Driving in Philadelphia fog is no fun. One common mistake drivers make is to use their bright headlights in fog, which only makes its effects worse by reflecting the light back at them. Fog requires low headlights and very slow speeds. When drivers ignore those safety tips, rear-end collisions commonly result.

As with other weather-related car accidents, you should not assume that fog made the accident in which you suffered an injury inevitable. There is a safe way to drive in almost any condition, and if the other driver failed to drive responsibly, then she may be liable to you for your injuries. 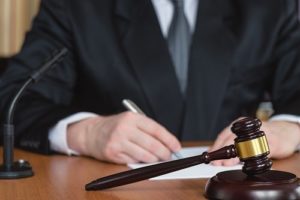 When these accidents are the result of driver carelessness or negligence, victims may be able to recover by filing a personal injury lawsuit against the person or party responsible for your injuries.

Proving negligence in a car accident case that occurs in bad weather can be a complicated issue, so it is advisable for those considering bringing a personal injury claim to consult with an experienced Philadelphia personal injury attorney as soon as possible after an accident.

In order to hold someone legally responsible for losses caused by an accident, it is necessary to establish that he or she was acting negligently in some way. Generally speaking, a driver has a duty to maintain control of his or her vehicle at all times, and the failure to do so indicates negligence in and of itself. Sometimes, however, outside forces such as high winds or falling debris causes a vehicle to lose control completely independent of any driver error.

In poor weather, many drivers (or their insurance companies) will try and deny responsibility for an automobile accident, arguing that the accident occurred simply due to poor weather.

It is important to note, however, that drivers are required to use an appropriate level of care considering the weather in which they are driving. For example, although doing the speed limit is completely legal, it may not be reasonable in a heavy snow storm. Other ways in which a driver may negligently cause an accident in bad weather include:

These are just some of the ways in which a driver may negligently cause an accident in poor weather, and an attorney can help you determine whether and against whom you may have a claim. In addition to other drivers, vehicle and vehicle equipment manufacturers can be held responsible if a manufacture or design defect results in an accident.