How Often is Speeding a Factor in Fatal Car Accidents? 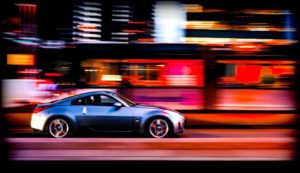 According to the National Highway Traffic Safety Administration (NHTSA), speeding represents a contributing factor in 26 percent or more of fatal accidents, resulting in more than the loss of more than 13,000 lives across the United States each year. Many people assume that only high rates of speed will increase accident risk; however, in many cases, even traveling at a speed only slightly more than the posted speed limit can increase the risk of an accident. The faster a vehicle travels, the greater the accident risk. Nevertheless, many people continue to push the speed limit, including driving at speeds too high for the current road conditions. If you or a loved one has been injured or involved in an accident with someone speeding get to know the experienced Philadelphia car accident attorneys at The Levin Firm today.

Why Is Speeding Such A Problem?

Most people who choose to speed when driving do not consider it a significant problem. They feel that they simply pushed the vehicle a little faster, hopefully getting to their destinations sooner. Many drivers imagine that the worst thing that could happen includes getting a speeding ticket. Unfortunately, in reality, speeding can cause a number of problems for drivers.

In addition, most of the time, speeding does not help the driver reach his destination any faster than traveling at a normal rate of speed. Traffic patterns may allow a driver to speed up briefly, only to force slower speeds a matter of seconds later. Red lights, stop signs, and traffic signals may also slow down the rate of travel, making speeding a poor way to use your time behind the wheel.

How Can You Prove The Other Driver Was Speeding?

Did you suffer serious injuries in a traffic accident? If so, then you may want to attempt to prove that the other driver chose to speed, especially if those excess speeds contributed to the circumstances of the accident. While the driver’s speeding does not change the compensation you may receive from your accident, the driver may face other penalties as a result of speeding. In some cases, proving that the other driver chose to speed can also help prove that they caused part or all of your accident.

Make Sure You Summon The Police

Take a look at security footage of the accident, if you can locate it. In some cases, you may find traffic cameras recording the area around the scene of the accident. Timing the distance it took a car to travel between two cameras can help determine their rate of speed compared to other drivers. You may also check the footage and observe how the driver was moving compared to other drivers around him. If you cannot find traffic cameras in the vicinity of the accident, you may check security footage from local businesses, especially those with parking lot cameras or cameras posted close to the road.

Did anyone else witness the accident? Witnesses can help determine whether a driver was speeding at the time of the accident, especially if the driver chose to travel at a very high rate of speed or engaged in other dangerous driving behaviors. Often, other drivers on the road at the time of the accident can help put together the events that led to the accident, including a driver who may have raced by them shortly before colliding with you. Witnesses can also give other useful information about the accident, including whether the driver chose to engage in dangerous behaviors like checking his cell phone while driving or displaying signs of inebriation.

Bring In An Attorney

How Can You Stay Safer On The Road?

Many drivers, on learning about the dangers of speeding, take steps to keep their speed down, but ultimately find their rate of travel creeping up anyway. How can you keep yourself and your passengers safe from excessive speeding on the road, including both your speed and that of other drivers? Try some of these important strategies.

Speeding makes serious impacts on many drivers, especially if they suffer accidents as a result of those high rates of speed. If you suffer injuries in an accident with a speeding driver, make sure you contact a Philadelphia car accident lawyer as soon as possible to help you seek the compensation you deserve.

Thanks to year-round mild weather, Fort Lauderdale is a great place to live, work, and play. All the things that make the area perfect for the nearly 200,000 re...

Truck rollovers happen in the Fort Lauderdale area. In fact, anywhere that trucks travel regularly, the risk of a rollover is never far away. Rollover accidents...

Commercial trucks pass through Fort Lauderdale every day, many on I-95, transporting goods manufactured in the Sunshine State to markets nationwide, and bringin...