How to Preserve Evidence for a Truck Accident Claim 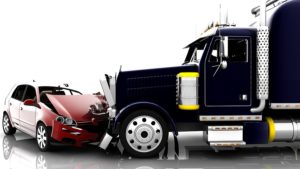 Truck accidents often lead to severe, sometimes fatal injuries that devastate victims and their families. Over the last three decades, 4,000 to 5,000 people have died in truck accidents on average each year across the United States. Annual truck accident fatalities are at least 30 percent higher today than they were just over a decade ago. Worse, these alarming statistics do not account for many more truck crash victims who suffer severe non-fatal injuries that leave them in extreme pain and facing a lifetime of disability.

The law entitles truck accident victims and grieving families to take legal action seeking compensation for the harm they have suffered. To prevail in a claim for compensation, lawyers for these victims and families often need to collect evidence that proves how a crash happened and who should be held financially accountable.

In this blog post, we explore the types of evidence that can prove critical to succeeding in a truck accident legal claim, and what you can do to preserve that evidence until your lawyer needs it.

Evidence Crash Victims Need a Lawyer to Help Them Preserve

Evidence that helps to prove how a crash happened and who bears legal responsibility for it can come in a variety of forms. Some of that evidence belongs to owners or operators of trucks. Victims need the help of an experienced truck accident injury lawyer to preserve this evidence as soon as possible after an accident before it goes missing.

Data collected and stored by these systems can prove extremely valuable in proving fault for a truck crash, because they reflect:

Data from an ELD and EDR may often go a long way in proving a trucker’s fault for causing a crash. That is why many truckers and trucking companies resist producing that data as evidence until forced to do by a crash victim’s lawyer through a legal process known as discovery.

However, these systems often record data for a only limited period of time (as little as 30 days) before writing over it. Trucking companies should back up that data on servers, and should stop recording on the devices of a truck involved in a crash, but those reasonable steps do not always happen. Instead, lawyers for truck accident victims often must act quickly to ensure the data gets preserved before it gets automatically or intentionally deleted. (Of course, lawyers cannot act until a truck accident victim hires them—so contact a lawyer as soon as possible after getting hurt in any kind of truck crash.)

Federal and state regulations require truck owners and operators to maintain their equipment in safe working order, and to keep records of having done that work. Maintenance serves an obvious purpose: to minimize truck breakdowns that could pose a danger to the public. Unfortunately, some owners and operators cut corners and maintenance, which can lead to truck systems failing and people getting hurt in a crash.

Like electronic data, maintenance records can help a lawyer for a truck accident victim piece together the likely causes of an accident. Lawyers typically must ask for these records, too, and quickly so that trucking companies do not try to destroy or alter them.

Truckers, like the rest of us, carry phones that collect and store vast amounts of data about their lives, habits, and movements, often automatically. For that reason, the data from a truck driver’s cell phone can also prove crucial to proving how a truck crash happened.

For example, it can show:

Cell phone data, in other words, can provide profound insight about a truck driver that may explain how a crash happened. As with the other types of data reviewed above, the job of preserving that information usually falls to the attorney for a crash victim, who must act quickly to make sure data does not get deleted or go missing.

Evidence Crash Victims May Obtain/Preserve On Their Own

Although crash victims need an attorney’s help to obtain and preserve some of the most critical evidence to support a claim for damages, they can also pitch-in to help their own cause. Here are a few ways that a truck accident victim can obtain and preserve important evidence that can enhance their legal rights to compensation for their injuries.

Take Video or Photos at the Scene

Once clean up crews arrive at the scene of a truck accident, valuable evidence has a way of disappearing. If—and only if—you can do so safely and without putting yourself or others at risk, in the moments after a truck crash use your cell phone to take pictures of everything you see, before clean-up crews arrive and start moving vehicles from the road and sweeping up debris and spills.

There is no such thing as too many pictures or too much video of an accident scene. Capture images of everything: the damaged vehicles (up close and far away), the road surface, lighting and weather conditions, debris and spills on the road, features of the surrounding area, and so on. Nothing is unimportant. We repeat, however, do this only if you can do it safely.

To the extent possible, get the names and contact information for everyone you encounter at the accident scene. That includes drivers, passengers, bystanders, and first responders. Yes, police will also collect this information, but it never hurts to have back-up, and it gives your attorney the ability to reach out to people as soon as possible to get their perspectives on what happened.

Do Not Fix Your Damaged Vehicle, Yet

Do not rush to take your damaged or destroyed vehicle to the garage/junkyard, if you can manage without. Vehicle damage represents important physical evidence of how a truck accident happened. It can give investigators clues about the forces involved in an impact, who-hit-who-first, and other data that can contribute to findings about the cause and legal liability for a truck accident. Speak with an attorney as soon as possible after a crash to give the lawyer time to have the vehicle damage inspected, before you get repairs done or trade-in the wreck for a new vehicle.

Keep All Documents…And We Do Mean All of Them

Lawyers love documents. We’re document people, you might say. Documents contain information vital to proving any kind of truck accident claim, truck accident lawsuits included. So, in the weeks and months after getting into a truck crash that injures you, keep every scrap of paper you receive that has anything whatsoever to do with the crash or your injuries. We do mean everything. Medical records. Health insurance statements. Police reports. Emails or texts. Letters from defense lawyers or auto insurance companies. Receipts from the pharmacy. Everything.

Put those documents all in a box or a file, and bring them to your very first (free) meeting with an experienced truck accident injury attorney. Let the lawyer decide what to keep and what to throw out. A single document could be worth thousands of dollars to your claim.

Obtain a Copy of the Official Crash Report

Police who respond to the scene of a truck accident will prepare a report that contains their initial findings into what happened. It takes about two weeks for that report to become available to the public, at which point you can obtain a copy from the Pennsylvania State Police (PSP) online portal for a small fee. The official crash report often contains key evidence including law enforcement’s determination of fault, contact information, witness statements, citations issued, and more.

Keeping a copy for your records preserves these details that may help to support your case. (Also, do not worry if the report contains information or findings with which you disagree. It represents one law enforcement officer’s perspective, and does not necessarily count as the final word on the causes or fault for a truck crash.)

We also hasten to mention that truck accident victims can also protect their own legal rights by exercising caution not to say or do things that create evidence that could harm a claim for damages against the parties at fault for the crash.

Follow these tips to steer clear of costly mistakes: