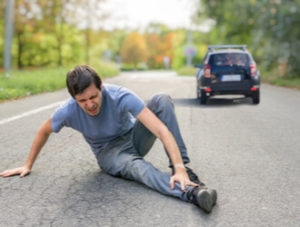 After An Accident In Pennsylvania

Not only is leaving the scene of an accident harmful to a victim, it is also against the law. Pennsylvania has set out requirements that everyone must follow after a crash. Heres what our Philadelphia car accident lawyers have to say:

In some cases, drivers will not even stop long enough to see if anyone was injured or provide information. Instead, they will drive off, leaving any accident victims to fend for themselves. Leaving the scene of an accident is a crime in Pennsylvania—even if no one was hurt or someone else was at fault for the crash. Possible criminal charges for hit and runs include:

Felony charges can mean time in jail and costly fines. In addition, if authorities determine that the fleeing driver was drunk or grossly negligent and was responsible for causing the crash, the penalties can increase.

While the law sets out criminal penalties for drivers who hit and run, these cases can do little to help the victims of these accidents. Fines do not go to victims—and even if they did, they would likely never come close to covering a victim’s losses.

If the hit and run driver was found, victims will likely need to file a personal injury lawsuit against the driver to seek compensation for all of their losses, including medical bills and lost income. In such cases, in addition to the requested damages, the court may award punitive damages to punish the driver who fled and to deter such behavior in the future. If the liable driver is found, an attorney can help you take the next legal steps and pursue the maximum compensation possible in your specific situation.

Hit and Run Drivers Can Disappear

Aside from the criminal implications of a hit and run, these accidents often cause serious issues for victims for one important reason—a driver who flees the scene of an accident is often never found. After a crash, victims are often shaken up and disoriented. They expect the other driver to do the right thing to do by stopping, helping, and providing information. The last thing on a car accident victim’s mind is likely writing down a license plate number on the off-chance that the other driver may suddenly flee.

Once a driver flees, if no other witnesses saw a license plate, the chances of finding the driver can be slim. Such cases can leave victims with few options, as well as with losses that are usually not their fault—because many drivers flee the scene knowing they did something wrong. Some hit and run drivers, for example, may be drunk or under the influence of drugs and do not want to risk arrest. Others may have been texting and driving, and do not want to face accountability. Many hit and run drivers do not have the insurance coverage required by Pennsylvania law and do not want to face the consequences. Drivers of stolen cars almost never stop as required.

No matter the reason behind the hit and run, this wrongful act causes extensive harm to victims. Not only are victims left facing serious injuries, but they also have no one to hold liable for their losses—even when they did not cause the crash. This often leaves accident victims wondering where to turn.

Your first call in this situation should be to an experienced car accident attorney who has handled hit and run cases and understands all relevant insurance laws in Pennsylvania. The proper steps after a hit and run will often depend on the type of insurance coverage you carry, including no-fault insurance, fault-based insurance, and uninsured motorist coverage. For example, if you have no-fault insurance, you can often make a claim without having to identify an at-fault driver. This is not the case with other types of insurance policies. Our legal team can examine your situation and help you determine how to make a claim after a hit and run crash.

Issues After A Hit And Run Accident

Proving that a driver cannot be identified can involve statements from witnesses and officers that the driver fled the scene and has not been able to be identified. Fault is based on negligence and can include drunk driving, distracted driving, and any other dangerous driving behaviors that resulted in the crash. Often, leaving the scene of an accident creates the assumption that a driver was at fault, but this is not necessarily the case—and you may need to provide additional evidence of fault.

Proving the extent of your losses is extremely important. If your claim is successful, you will need to request the right amount of compensation to cover your losses, because another claim will not be available in the future. Your insurance company will almost certainly try to challenge your claimed losses, and you must prove the amount you truly deserve to cover your medical costs, lost wages, and other qualified losses. At The Levin Firm, we will conduct a thorough investigation into all these matters to ensure that you recover all the money to which you are entitled through your uninsured motorist claim.

These cases are tried depending on your policy. While some are held in a regular courtroom before your local court of common pleas, most uninsured motorist cases are not tried in court. Rather, they are heard before a panel of three arbitrators: one chosen by the insurance company, the second chosen by your attorney on your behalf, and the third chosen by the other two arbitrators. Attorneys at The Levin Firm have worked with many arbitrators during their careers and know how to pick the best arbitrator for your particular case. The three arbitrators listen to the evidence in your case and collectively reach a decision.

Hit and run cases are complex and require attorneys who understand how to aggressively represent their clients. At The Levin Firm, our Pennsylvania and New Jersey personal injury attorneys investigate every claim so that we may aggressively and zealously represent our clients and obtain the best possible results.

When you need a New Jersey, Pennsylvania, or Philadelphia personal injury attorney to represent you, a family member, or a friend who was the victim of a hit and run accident, contact The Levin Firm.

“The Levin Firm went above and beyond to help me out. They helped guide me in my case and I am so grateful for their kindness and concern with my overall well-being and the case. Thank you so much!”
Rating: 5/5 ⭐⭐⭐⭐⭐
Hana
April 2019
Read more reviews on Google!