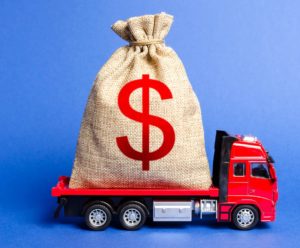 Trucks provide a vital service to the economy, especially these days when we rely so heavily on internet retailers for at-home delivery. However, the role of trucks in keeping commerce humming comes with a downside: devastating, often deadly, accidents. If you or a loved one has already been involved in a trucking accident then learn how to navigate your claim from the experienced truck accident attorneys at The Levin Firm

In just two years, nearly 11,000 fatal crashes involving large trucks on U.S. roads killed 12,230 people. In one year alone, 4,862 large truck crashes caused fatalities, and two-thirds of the people who died in those accidents were occupants of passenger vehicles. Pennsylvania sees its share of potentially-deadly semi-truck crashes; 7,336 of them in just one year.

A semi-truck accident can leave a victim struggling physically, emotionally, and financially. Fortunately, oftentimes those victims have the right to take legal action seeking compensation for their injuries and losses. Many of those lawsuits end in a settlement between a party who caused the crash, and the party injured by it. As an accident victim, how do you get the most money possible from that type of settlement? Read on to find out.

Human error lies at the root of the vast majority of motor vehicle accidents in the United States, and semi-truck accidents are no exception. Common, human-error-related causes of large truck crashes include:

Truck drivers, under pressure to meet tight deadlines at odd-hours, frequently take to the road on insufficient rest. Drowsy driving is just as dangerous as driving under the influence of alcohol or drugs. According to data collected for the Large Truck Crash Causation Study, 13 percent of commercial motor vehicle drivers suffered from fatigue at the time of a reported crash, and that figure likely underreports the true tally.

2. Alcohol and Drug Use

Truckers do not drive drunk as often as passenger vehicle drivers, although it happens, with predictably deadly results. However, many truck drivers take over-the-counter and prescription medication which can impair their abilities, and some also take illegal drugs. Any chemically-induced impairment of a trucker behind the wheel poses an extreme danger to other motorists and the public at-large.

Trucks take a lot of wear and tear in covering tens of thousands of road miles every year. Without proper maintenance, they risk suffering mechanical failure that leads to a catastrophic loss of control, collisions, injuries, and fatalities. Trucking companies owe the public a duty to keep their vehicles in safe operating condition.

In just one year, speeding played a role in traffic accidents that killed 9,378 people nationwide. Truck drivers often drive over the speed limit, in part because they are under great stress and pressure to meet strict deadlines. Speeding lengthens the distance a semi-truck needs to come to stop, shrinks the amount of time a truck driver has to react to road hazards, and increases the catastrophic forces exerted by a semi-truck in a crash.

Federal Motor Carrier Safety Administration regulations ban truckers from texting, reading texts, dialing a cell phone (if it involves pressing more than one button to begin or end a call), holding a phone while making or receiving a call, requesting access to a web page, or using any sort of messaging services, such as email or instant messaging. The regulations serve an important purpose. In the few brief seconds that using a device diverts a driver’s attention from the road, the truck can cover a dangerously long distance with a driver who might as well wear a blindfold. Truckers, like all drivers, have no excuse for causing accidents by getting distracted.

Of course, these do not constitute all of the human errors that may lead to a deadly semi-truck crash. No matter what kind of human error led to a semi-truck accident that injured you or a loved one, getting the most from a settlement for it requires the guidance of an experienced large truck crash injury attorney.

Human error leading to a truck accident happens in lots of settings. To get you the money you deserve for injuries and losses you suffered because of a semi-truck crash, an attorney will investigate the causes to figure out who may have legal liability for paying you money damages.

When an investigation identifies human-error causes like the ones above, then the attorney may conclude that any of the following parties could owe you compensation:

Any other individuals or entities whose actions or decisions unreasonably put the public in danger by causing the truck to crash. These could include, for example, drivers of other vehicles, doctors who prescribe dangerous medications to truck drivers, or even government agencies that failed to maintain safe roads for trucks to travel.

Every truck accident has its own details, of course, so there is no guarantee that all or any of the parties above have liability to victims in any particular accident. Experienced semi-truck accident lawyers know, however, that by doing the work to identify all parties with potential liability for a crash, they give their clients the best shot at obtaining compensation through a fair settlement.

A settlement is a contract. In the typical semi-truck accident settlement, an injured crash victim agrees to accept a payment of money in exchange for releasing an individual or entity from legal liability for causing the victim harm.

Not all semi-truck accident lawsuits settle, but most do. (The rest tend to end up getting resolved in a trial.) That is because, for the most part, insurance companies and defense lawyers representing legally-liable parties do a cost-benefit analysis and decide it is cheaper to pay a settlement than roll-the-dice in a courtroom. Lawyers for accident victims often advise their clients to do a similar analysis: oftentimes it makes more sense to accept a settlement than to put in the extra effort of going to trial for an uncertain reward. A bird in the hand, as the saying goes.

The trick, of course, is to negotiate a settlement that pays a semi-truck crash victim the money the victim deserves. Experienced large truck accident injury attorneys understand the importance of identifying all parties with potential liability (as described above), and also of calculating and then obtaining evidence to prove exactly how much money an injured client should get as a settlement. Armed with that information, the lawyer can demand that money from the at-fault parties and enter into negotiations to achieve it.

The amount of money a lawyer might demand depends on a variety of factors specific to the large truck accident and the client’s injuries resulting from it, such as:

In other words, in most cases, semi-truck accident victims like you deserve payment for both your out-of-pocket costs and your non-financial injuries. Lawyers cannot guarantee the amount of any settlement you can achieve, or even that a settlement will happen. Giving you the best shot possible at a settlement, however, takes careful calculation and detailed collection of evidence by a lawyer with resources and know-how.

It may also take a little luck. Unfair as it may seem, some factors that affect how much you might get from a semi-truck accident settlement depends on who has legal liability to you for it. If a single individual bears 100 percent of the fault for a crash, and carries only the bare minimum insurance, then you may have a lesser chance of obtaining maximum compensation than if, say, several large trucking companies have legal liability for causing your injuries.

That is why lawyers often spend serious time and effort on uncovering evidence to prove who has liability to you. The more, the better, in most cases.

As you might have figured out, many of the factors that influence how much you can hope to receive in a semi-truck crash settlement lie beyond your control. But, not all of them.

Here are a few suggestions for steps you can take that may help to put you in the best position possible to get the most from your legal right to compensation.

Call an Experienced Attorney to Get the Settlement You Deserve

Semi-truck accidents cause massive disruption in the lives of victims and their families. They deserve a fair settlement for the harm done to them. An experienced semi-truck accident injury attorney can help. Contact one today.