Can I Sue if I am Rear-Ended while Riding My Bike? 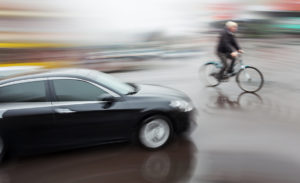 Bicycling can be a healthy and cost-effective way to get around Philadelphia, and our city is known as one of the more “bicycle-friendly” cities in the country. Unfortunately, thousands of people each year are injured while riding, sometimes seriously. When bicycles and motor vehicles get into accidents, the injuries can range from minor bumps and bruises to much more serious injuries that could permanently affect your quality of life and ability to live independently. As a result, it is extremely important that anyone injured in a Philadelphia bicycle accident consult with an experienced attorney as soon as possible.

One of the most dangerous kinds of accidents that can happen to bicyclists is being rear-ended by a truck or car. Rear-ended cyclists could potentially be thrown from their bikes or even run over by other vehicles, potentially resulting in disastrous consequences. Fortunately for victims, bicyclists that are rear-ended may be able to recover for their losses by filing a Philadelphia personal injury lawsuit. In addition, Pennsylvania law presumes that a driver who rear-ends another person is at fault for the accident, making recovery after a rear-end bicycle accident likely. Some of the more common reasons that cars and trucks rear-end bicycles include the following:

These and other causes of bicycle accidents could indicate negligence on the part of a driver who rear-ends a bicyclist. The best way to determine whether you have a claim is to discuss the circumstances of your case with an experienced Philadelphia personal injury attorney. After a bicycle accident, it is important that victims seek medical attention as soon as possible. Some injuries may not develop symptoms for some time after an accident, and having them diagnosed by a professional can significantly help in establishing legal liability. Finally, be certain to contact an attorney as soon as possible after an accident, as any delay may jeopardize your ability to recover.