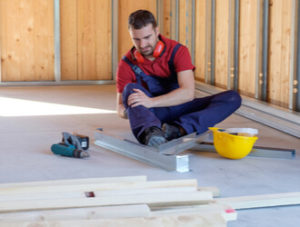 Recently, a sanitation worker in west Philly was injured when a box he had loaded into the back of a trash truck exploded. The worker had collected the box from the side of the road while picking up household trash. A new homeowner had found the box inside the residence upon moving in. The box was discovered to have contained an oxygen tank, paint thinner, and other combustible items. The sanitation worker was transported to the hospital for treatment.

According to the National Safety Council, a worker gets injured on the job in the U.S. every seven seconds. Around 104 million production days are lost due to work-related injuries. The most common workplace injuries include:

In specific industries, the risk of a particular injury increases simply by the work that the employee does. For example, in the construction industry, a fall to a lower level represents the most frequent cause of injury. In the professional services sector, the most common cause of workplace injuries are falls on the same level. Manufacturing and health care sectors both present a higher risk of overexertion or repetitive motion injuries. Workers in the retail industry are more likely to have injuries caused by overexertion or falls on the same level.

Injuries Occurring in the Workplace

Some of the most common injuries suffered by workers in the United States include:

Workplace accidents can happen in any type of working environment. However, some industries present a higher risk of workplace injuries than others. Among the top five industries where workers are likely to suffer an injury are:

The law does exempt some employers and entities from workers’ comp laws, however, including:

Workers’ compensation provides coverage beginning on the first day of the employee’s employment, regardless of the employee’s prior medical history. Employers may obtain this coverage through a third-party insurance provider licensed to provide insurance in Pennsylvania, or through the state’s Workers’ Insurance Fund, a state-run insurance carrier.

For those suffering on-the-job injuries, workers’ compensation can provide benefits that include:

In Pennsylvania, workers can choose their own medical provider from which to seek treatment for a workplace injury, unless the worker’s employer has accepted the workers’ comp claim and has posted in the workplace a list of at least six approved health care providers from whom a worker can receive treatment. If that is the case, then the employee must seek initial treatment from one of those providers and must continue treatment with that provider or another provider on the list for 90 days. Employees whose providers suggest invasive surgery to treat the injury may seek a second opinion to be paid for by the employer/insurer.

Once a worker has begun receiving benefits, if an employer has evidence to prove that there is employment available for the employee—within a local area and within the employee’s existing medical restrictions—an offer of employment can be made, and the worker may choose to accept or decline that offer. If the offer is declined, the employer may petition a workers’ compensation judge to either reduce or stop wage-loss benefits.

Employers and insurers may deny workers’ compensation claims because:

Can a Workplace Injury Ever Result in a Lawsuit?

While the state’s workers’ compensation program bars employees from taking legal action against their employers for a work-related injury or illness in most cases, employees may still have the right to seek compensation through a personal injury lawsuit where:

Part of the job of an experienced Philadelphia workplace injury lawyer is to carefully examine a client’s case to determine if, in addition to any available workers’ compensation insurance benefits, the client may also have a legal right to seek damages through a personal injury lawsuit.

Getting hurt or sick on the job forces a worker to deal with an often-confusing and complicated system of workers’ compensation laws and rules. Do not confront that process alone. To ensure you receive all of the workers’ comp benefits you deserve, and to explore whether you have the right to seek compensation through a personal injury lawsuit, contact the experienced Philadelphia personal injury attorneys at the Levin Firm today. For a free case evaluation, you can reach us at (215) 825-5183 or through our contact page. 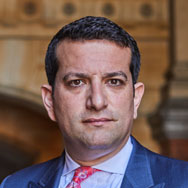 “The Levin Law Firm is amazing. They are professional, courteous and walked us through our case step by step. Could not be happier with the services provided.”

If you’ve ever seen a truck crash into a smaller vehicle, you probably heaved a sigh of relief that it wasn’t you. Despite rigorous training and testing req...

December 21, 2020
What Is the Statute of Limitation on Medical Malpractice?

Why You Must Act Quickly to Pursue Legal Action A medical mistake turns your world upside down. The immediate aftermath of a birth injury, misdiagnosis, or anot...

December 19, 2020
What Is the Average Settlement for Medical Malpractice?

Victims of medical malpractice deserve a fair settlement when a trusted healthcare provider causes them unnecessary harm. Placing a numeric value on the harm su...