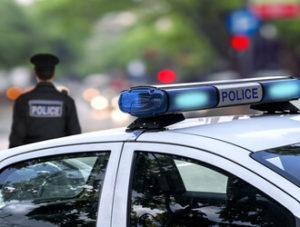 You should be able to trust police officers to keep you safe – not cause unnecessary harm. Even if you are being arrested, you have certain rights and the police must respect these rights under the law. One such right is to be free from unreasonable search and seizure and to not be subjected to unreasonable force during an arrest.

Unfortunately, too many situations involve police officers using unnecessary and unreasonable force against someone they are placing under arrest. Sometimes, such force is intentional and sometimes, it is the result of an error in judgment. In either event, unreasonable force can constitute police brutality and violates your constitutional rights. You should not have to suffer unnecessary harm at the hands of police officers and our legal team is here to help you.

The police brutality lawyers at the Philadelphia, PA law firm of The Levin Firm have one goal – to represent every client zealously in order to obtain the best results possible in each case. Our injury attorneys recognize that, at times, the police who are supposed to protect us act outside of their authority, often causing serious physical, psychological and emotional injuries. Because defending the accused is a core practice area of our firm, we know how to deal with police officers who violate the public’s trust and commit police brutality again our fellow citizens. When an injury occurs, we aggressively fight against police brutality and make sure that our clients are compensated for this conduct.

After a negative incident with the police, it can be difficult to know whether your rights were violated. It is always worth discussing what happened with an experienced attorney if you suffered harm or losses as a result of the encounter. The most frequent police brutality claims allege the use of excessive force, false or unlawful arrest, or false imprisonment. The following is some brief information regarding these claims, however, you should always discuss your specific experience with a skilled police brutality attorney.

One of the most common issues occurs when an officer uses deadly force against a suspect. Deadly force can only be used when an officer believes they are at risk of deadly harm or serious bodily injury. For instance, if a suspect pulls out a gun, the police officer can then use deadly force to protect themselves, usually by shooting their own weapon. On the other hand, if a suspect swings a punch at an officer, the officer does not have the right to shoot the suspect.

Deadly harm also cannot be used simply because a suspect is fleeing the scene. The law used to allow police to use deadly harm against anyone suspected of a felony, however, this is no longer the rule. Now, an officer must reasonably believe that a fleeing suspect poses a serious risk to the community in order to use deadly force.

Excessive force by police can cause serious injuries or even death. This is always a complex situation that requires careful analysis by an attorney who understands police brutality standards.

The above are the most common forms of police brutality in the Philadelphia area. Whether you have been injured by police brutality or have lost a loved one due to excessive deadly force by a police officer, you should not wait any longer to consult with a skilled police brutality attorney who knows how to uphold your rights.

When police officers use excessive force or make a false arrest, they have violated your civil rights, as well as your state and federal Constitutional rights. You have to right make claims against them under state and federal law. There are different types of claims depending on what the police did, although many cases are filed under Section 1983 of the federal Civil Rights Act.

Claims under Section 1983 are handled differently than traditional personal injury claims. First of all, they must be filed in federal court in accordance with federal law. Federal courts and laws set out very specific procedures and requirements for Section 1983 claims and your attorney should have specific experience handling this type of case. The recourse for police brutality will depend on what happened and on the harm and losses you experienced as a result of the incident.

At The Levin Firm, we have been handling civil rights claims for years, and we take these cases seriously. Many of these cases require immediate investigation, and we know that taking prompt action and obtaining as much documentation as possible can be the difference between winning and losing. Our attorneys work together with a team of investigators and support staff to investigate every claim so that we may aggressively and zealously represent our clients and obtain the best possible results.

We firmly believe that police officers in and around Philadelphia should be held accountable for any excessive force, wrongful death, or false arrest that they cause. Holding officers responsible will only further protect the citizens of our city and will also help individual victims of police brutality.

When you need a Philadelphia, Pennsylvania or New Jersey attorney to represent you, a family member, or a friend in a police brutality case, contact The Levin Firm. Our lawyers represent every client zealously in order to obtain the best results possible in each case. We understand how traumatic an incident of police brutality can be and we will stand up for your rights.

These cases can be sensitive matters, especially when they involve an arrest. Our consultations are free and completely confidential with no obligation to continue on with a case. You can trust the legal team at The Levin Firm to be honest with you regarding your rights and options throughout every stage of your claim. Please contact us today for more information.

“The Levin Law Firm is amazing. They are professional, courteous and walked us through our case step by step. Could not be happier with the services provided.”
Rating: 5/5 ⭐⭐⭐⭐⭐
Evan M.
July 2018
Read more reviews on Google!