With over 600 railroads in the United States and thousands of miles of railroad track, train accidents are shockingly common. According to the Federal Railroad Administration (FRA) data, 2,230 highway-rail grade crossing crashes occurred in a recent year, with 294 railroad crossing fatalities. In Florida, 136 collisions caused 25 deaths and 62 injuries. Brightline, a privately owned rail service in Florida, has a high rate of fatalities. Since Brightline launched, on average more than one person a month has been killed on the tracks, in a car, on a bike, or on foot. The Associated Press has called it the nation’s deadliest railroad. Lawsuits for injuries resulting from train accidents can be very complicated. That is why you should consult a Fort Lauderdale train accident attorney at the Levin Firm to discuss your legal options.

What are the nine most common causes of Fort Lauderdale train accidents?

What are the most common Fort Lauderdale train accident scenarios? 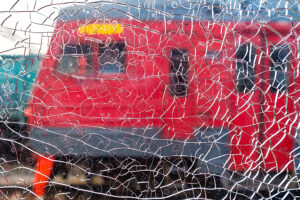 Train accidents can occur under a wide range of circumstances. A passenger or pedestrian can slip and fall on a train, or tracks. However, most serious injuries and fatalities from train accidents are from collisions or derailments.

Who can cause your Fort Lauderdale train accident injuries?

The train companies are common carriers, which means that they transport goods or people for a fee. Therefore, they have a duty to transport goods safely and do everything possible to keep their passengers and others free from harm.

Negligence causes most train accidents. The definition of negligence is “A failure to behave with the level of care that someone of ordinary prudence would have exercised under the same circumstances.” When an operator, owner, or other entity fails to fulfill its duty of care, causing an accident, the person or entity at fault is responsible for the resulting injuries and damages.

Train accidents occur for many reasons. Depending on the nature and circumstances of the train accident, many parties cause a train accident. After an accident, the Florida Department of Transportation and other reconstruction experts will investigate to identify the cause of the crash or derailment and who was responsible.

Those at fault may include:

What is the applicable law regarding Fort Lauderdale train accidents?

There is a complex web of federal and state laws that govern the operations of train companies. These regulations usually apply to equipment requirements, licensing, and transportation procedures.

The Interstate Commerce Act provides that Congress has the authority to regulate common carriers, such as trains. Federal laws take precedence over state laws, but each state regulates public transportation systems operating within the state. Railroad safety is primarily administered by the Federal Railroad Administration (FRA), which creates and enforces rail safety regulations.

The National Transportation Safety Board (NTSB) also has a role in regulating railroad safety and is usually the agency responsible for investigating and determining the cause of railroad accidents.

The Federal Employers’ Liability Act (FELA) applies to injured railway workers when an accident occurred in the scope of the injured worker’s employment with the railroad, where the railroad is engaged in interstate commerce between two or more states. FELA is different from state worker’s compensation programs in that it requires that an injured railway employee shows that the railway failed to provide a safe workplace.

For anyone injured in a train accident, the statute of limitations is a time limit that dictates how long an accident victim has to file a lawsuit. It is important to consult a Fort Lauderdale train accident lawyer as soon as possible so that you do not miss the deadline.

What evidence may be available in Fort Lauderdale train accidents?

The Federal Railroad Administration (FRA) has strict regulations about required equipment and record-keeping, which provide valuable evidence in the event of a train accident.

What compensation may be available after a Fort Lauderdale train accident?

Victims of train accidents may recover compensation for their losses and injuries.

The court may award compensation for financial and personal losses, including:

What if the opposing party offers a settlement in your Fort Lauderdale train accident claim?

A great many train accident claims settle out of court. Settlement negotiations may take place soon after the accident and throughout the lawsuit process and typically involve a series of offers and counteroffers. The company may make a low offer early in the process to avoid the exposure and expense of a lawsuit.

At first, the sum offered may seem like a great deal of money, but you still may not be fully aware of your injuries and financial losses. Of course, a settlement eliminates the possibility of a much higher award from a lawsuit. Consult our experienced train accident attorneys before signing any agreement or agreeing to a settlement.

What should you do after a Fort Lauderdale train accident?