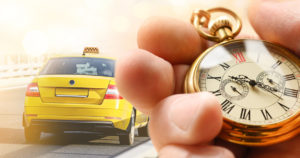 One of the most common questions for an accident victim to ask at the beginning of the process of recovering damages after an accident is: “How long is this going to take?” While that is certainly a valid and pertinent question, victims often find the answer frustrating.

The truth is: It depends. Most personal injury cases, including those involving car accidents, settle long before the case ever goes to trial in a Pennsylvania courtroom. However, obtaining a fair settlement for injuries sustained in a car accident often requires intense negotiation between the part of the victim’s attorney on one hand, and defense attorneys or insurance adjusters on the other. Various factors influence not only the amount of that settlement, but also how long the process will take.

Read on for more information, and then contact an experienced car accident lawyer to discuss the details of your case.

Factor #1: The Severity of the Injury

The more severe your injury, the more likely it is that you have a valid claim against the at-fault party, even if you have limited tort insurance. With limited tort insurance, you are only permitted to file a personal injury lawsuit under certain exceptions, including having an injury that is deemed serious according to the law. The law defines a serious injury in Pennsylvania as one that:

While the severity of your injury is the foundation for your ability to file a personal injury claim in the first place, it’s also one of the main reasons that negotiating a settlement or receiving an award in court may take a lot of time. That’s because a fair settlement should include not only compensation for the medical expenses that you have already incurred because of the accident, but also compensation for medical treatments that you will likely need in the future due to your injury. These future needs often take time and careful medical analysis to calculate.

An appropriate settlement should also take into account the effects of your injury on your current and future life. Can you continue working the same job you had before the accident? Will you be required to accept a different, lower-paying position due to the extent of your injuries? Can you work at all? Will you have the option of living independently, or will you need to pay for someone to assist you with your day-to-day needs? Will the injuries result in a lifetime of pain and ongoing medical treatment or will you someday be considered fully recovered and able to freely enjoy all of the activities you participated in before the accident? Each of these questions takes some time to answer.

In short, it is impossible to know what the treatments and impacts of your injuries will look like until doctors can see how much improvement you can make following the initial treatment and to develop a prognosis based not only on your diagnosis, but your ability to recover. It takes time to reach maximum medical improvement, and that time is necessary in the determination of the value of your case.

Even if the liability in your case is clear, it still has to be proven. The most common legal basis for liability is negligence, which is defined as the failure to behave with the level of care that someone with ordinary prudence would have used in the same circumstance. To establish that the liable party was negligent in your case, and therefore owes you money as damages, you must prove:

Many parties could have legal liability to you for the injuries you sustain in the typical car accident. Attorneys seek to identify all parties with liability to their clients, to maximize the chance that the client recovers fair compensation. In addition to the other driver and auto parts manufacturers mentioned above, other parties who may face liability for a car crash include:

For each party whose negligence may have contributed to the accident, liability must be proven through evidence. This, too, takes time.

A lot of evidence goes not only into proving that there was a party liable for the accident that caused your injuries, but also in demonstrating the severity of your injuries. This often requires a legal team to conduct investigations that gather evidence such as:

Carefully studying the details of a case and determining what information is needed to prove liability and damages takes time. Generally speaking, the more information an accident victim’s attorney has available in conducting this analysis, the higher the probability of a favorable settlement. You can help reduce the amount of time your attorney needs to conduct the initial investigation of your case by collecting and preserving as much evidence regarding the accident and your injury as you can.

Factor #4: The Amount of Money Requested

As a general matter, small-dollar settlements take less time to achieve than high-dollar settlements. If damages amount to just a few thousand dollars, a lawyer may have success achieving a fair settlement in a matter of weeks, without much negotiation by either side.

Similarly, the higher the dollar-value of the claimed damages in a case, the greater the chance the insurance company decides to fight the case as if it will go to trial, instead of entering into negotiations right away. This, too, may prolong the process of achieving a fair settlement.

Though there is an occasional exception, the statute of limitations for a personal injury case in Pennsylvania is generally two years from the date of when the accident occurred. What this means is that, if you plan to file a lawsuit, you must file it within two years or you could lose your right to collect compensation through the court system altogether. Even if you hire an attorney right away, negotiating a fair and reasonable settlement could occupy a significant portion of this time.

In many cases, particularly those involving a high amount of damages, a fair settlement will not happen until after the injured accident victim has filed a lawsuit (which itself usually follows a period of preliminary settlement negotiations). As a general proposition, the more patient the client can be, the greater the chances of a favorable settlement. This isn’t to say that a quick settlement will never happen. Nor is there ever a guarantee of a favorable settlement, even if you have all the patience in the world. However, when accident victims and their lawyers try to rush to settle a case, insurance companies take that as a sign that they can reduce their offer.

Ultimately, the accident victim gets to decide when and for how much to settle a car accident injury matter. A lawyer’s job is to advise the client about to accept the offer, or whether to continue fighting and/or negotiating in hopes of achieving more money. The important thing to understand is that a settlement, for all intents-and-purposes, ends a case forever. You cannot reopen a case if it turns out that a settlement did not compensate you sufficiently to cover your future needs.

Here’s another reason insurance companies may try to fight your claim—you’re not the only injured party they’re dealing with. According to statistics, about 352 reportable traffic crashes take place in Pennsylvania every day, resulting in about 214 injuries. What this means is that one person out of every 164 residents of the state—based on population—will sustain injuries in a car accident in a year’s time. While many of these injuries are minor enough to be covered by the crash victim’s no fault insurance policy, some will be serious enough to entitle the victim to compensation from the at-fault party.

Whether you need to sue your own no-fault carrier or another driver’s policy, those insurance companies are trying to make a profit in the face of enormous liability. That’s why you need a car accident lawyer who can make a compelling argument that settling your claim for a reasonable amount will cost the insurance company less in the long run than fighting it.

After the Settlement… When Will I Get My Check?

Once a settlement has been agreed upon, it is not uncommon for a client to think that the money will arrive immediately. However, that is not generally the case. Some of the factors in this part of the process that can take time include:

If someone else’s careless or reckless driving has left you or a family member seriously injured, contact an attorney who has the resources and experience to help you enforce your rights to recover any compensation you may deserve.