Car Accident Scenarios: Who is Liable? 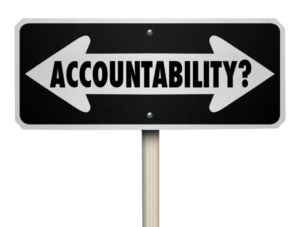 Police began investigating the cause of a recent six-vehicle crash that required them to shut down the northeast extension of the Pennsylvania Turnpike. The accident, which occurred in the early afternoon, thankfully did not cause serious injuries to any of the drivers or passengers of the vehicles, but did result in significant delays.

Determining liability in a car accident like that is an important part of filing a claim for damages, as those damages—whether pursued through the insurance company’s claim process or through a personal injury lawsuit—will only be paid out if the injured plaintiff can prove negligence. There are times when the blame is clear, such as in most rear-end accidents. However, there are other times when there is more than one individual at fault.

If you were injured in an accident, your car accident lawyer will help you identify who is at fault and all of the insurance resources that may be available for paying your claim. Here is a look at some common car accident scenarios and the process of evaluation that goes into determining fault.

Rear-end collisions are the most common type of traffic accident to have, accounting for 1.7 million crashes, around 1,700 deaths, and 500,000 injuries each year, according to a report from the Washington Post. This type of accident occurs when one car collides into the back of another car. The vast majority of these collisions occur due to the driver of the following car following too closely and/or failing to pay attention to the roadway ahead of him or her.

Conventional wisdom says that the person in the following car is always responsible for the rear-end collision, as traffic laws state that drivers must leave enough space between their cars and cars in front of them to come to a safe stop. While this is generally true, there are some circumstances where both drivers may share liability or even a third party. Consider the following scenarios:

Left-turn accidents occur when one vehicle is going straight through the intersection while another car is making a left turn and collides into the side of the straight-moving vehicle. Like rear-end accidents, liability is generally easy to determine. Left-turning vehicles have a lower priority in this scenario, meaning that—unless there is a green arrow—they must yield to those moving straight through the intersection. A study from the federal government discovered that the left-turning driver most often committed a critical error, such as “turning with an obstructed view,” “misjudgment of gap or speed,” “inadequate surveillance,” or “false assumption of the other driver’s intentions.” These are all errors that place liability for an accident at the hands of the left-turning driver. Are there ever cases where the other driver is at fault, though?

Yes. While rare, the driver of the straight-moving car may incur some liability for an accident. One such circumstance is in the case of an accident in which the driver of the straight moving car was traveling at a speed far in excess of the speed limit, making it impossible for the turning driver to either see him or her in time or to calculate how much time he or she has to complete the turn. Here is another example:

One of the most deadly types of accidents is a head-on collision. In fact, according to the Insurance Institute for Highway Safety, head-on collisions accounted for 56 percent of the passenger vehicle deaths from traffic accidents in 2017. These accidents, often known as frontal-impact collisions, occur when two vehicles traveling in opposite directions collide.

Causes of head-on accidents include a driver who enters a wrong-way road, a driver who leaves his or her own lane of traffic for whatever reason and winds up in the oncoming traffic lane, or even those who have been involved in a crash that causes their vehicles to roll or be pushed into the oncoming traffic lane. Fault for a head-on collision generally resides with the individual whose vehicle has departed the lane or has entered wrong-way traffic. However, there may be additional liability in situations where the vehicle departed the lane due to another accident.

Some scenarios involving head-on collisions include:

Also known as T-bone accidents, a side-impact collision occurs when the front of one vehicle crashes into the side of the other at a roughly 90-degree angle. Injuries to occupants on the side of the vehicle that got hit are often quite severe, as there are no structural barriers, such as the steel frame, to protect the individual from the brunt of the crash. This type of collision almost always occurs in an intersection and is generally caused by negligence on the part of one of the drivers, including failure to yield the right-of-way, running a red light, drunk driving, or distracted driving. Some examples of liability in a side-impact collision include:

A sideswipe accident is one where two vehicles that are traveling in the same direction make contact with one another while moving. This type of accident is particularly dangerous on the freeway, where speeds are faster and there is a chance that neither driver anticipated the collision. Liability for damages caused in a sideswipe accident depends on who had the right-of-way in the lane of travel and what each driver’s behavior was leading up to the crash. Some scenarios involving sideswipe accidents and liability include:

As you can see, there are many ways that an individual or entity can be held liable during an accident. An experienced car accident attorney will help you to identify all potentially liable parties, which will provide you with the best chance to recover damages in accidents caused by the negligence of others. Proving negligence is key to a successful outcome to your personal injury claim. To establish negligence, you must prove the following:

By contacting an experienced car accident lawyer they can help you understand your legal options, including whether you are eligible to file a lawsuit. Call the Levin Firm today for a free consultation.