What Can I Sue for in a Truck Accident? 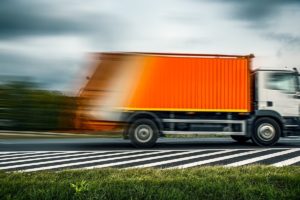 When a big rig crashes into your vehicle, the accident can change your life permanently. When both vehicles stop and you assess the harm, you may experience both gratitude and a profound sense of loss. You’re grateful to survive such a horrific crash, but you recognize that you may never be the same. As you wait for medical assistance, it’s hard to remain focused on the moment. You think about your health, your family, your financial obligations, and your future. You wonder if you must file a lawsuit to get the resources you need to survive.

When a truck crashes into a smaller vehicle, the driver rarely escapes injury. Even at low speeds, a large truck generates a crushing impact. As it destroys your car, you usually have no way to escape. Safety devices provide only limited protection from serious and catastrophic injuries. At first, you focus on survival. As you recover, your thoughts gradually shift from healing to financial recovery.

A truck accident attorney works hard to recover damages on their clients’ behalf. Even if you understand litigation basics, when your attorney files your lawsuit, it often brings up more questions than answers. You want specifics about what you can include when you sue a trucker or a trucking company.

The concept of damages as payment for wrongdoing has been around for centuries. Britannica.com explains that it was an ancient “principle of retaliation.” The concept of damages has roots in Babylonian, Biblical, and other laws and customs that granted victims an eye for an eye. Injured people received authority to satisfy their disputes by causing physical harm equal to the harm they sustained (literally, an eye for an eye.) Of course, the damage concept changed when monetary systems simplified reimbursement practices.

As legal systems began awarding money instead of granting the right to payback with physical harm, damage disputes quickly transitioned to debates over money. Legal arguments ultimately involved proof of responsibility, proof of injuries, and proof of values. When you fast-forward to present-day lawsuits, you realize that injury disputes haven’t changed that much. When your attorney files a suit on your behalf, money damages are still the best measure of your personal, physical, and financial losses.

The Three Most Common Types of Damages

When your attorney files a truck accident lawsuit to recover damages on your behalf, he must prove that the driver was negligent. He must also prove your damages.

The lawsuit your attorney files is a formal complaint that follows court requirements and guidelines. It names you as the plaintiff and lists the trucker, his employer, and other responsible entities as the defendants. The text of the complaint explains the liability issues and usually asks for Economic and Non-Economic damages. In some jurisdictions, a lawsuit can also warrant a Punitive or Exemplary Damage award.

Economic damages often include these expenses:

Non-Economic Damages (also known as General Damages) are more difficult to prove and evaluate. They’re based on your personal feelings and emotional responses. Doctors can’t confirm non-economic damages with diagnostic tests or physical examinations, so they sometimes become an obstacle during settlement negotiations. Non-economic damages are directly related to your injuries. As no two people react to trauma or pain in the same way, values vary widely.

The non-economic damage portion of your claim is where attorneys factor in your emotional, recovery, and lifestyle changes.

Some attorneys look to treatment histories and medical reports to substantiate non-economic damages.

Punitive damages (also known as Exemplary Damages) serve only to punish or make an example of the entity who caused your injuries. Judges and juries sometimes award punitive or exemplary damages. When they do, it’s only after a plaintiff produces evidence proving that the defendant acted wantonly, willfully, or out of malice, or that he or she was grossly negligent.

When attorneys, liability insurers, and their defense attorneys negotiate or mediate injury claims, they rarely include punitive or exemplary damages in a settlement. In most instances, insurance policies do not provide liability coverage for punitive or exemplary damages. Traditionally, liability policies pay only for damages due to “bodily injury” or “property damage.” Some commercial policies now provide some form of punitive damage coverage. Many insurers still don’t cover them, and/or their policies specifically exclude them.

Depending on your state, if your spouse or certain other relatives sustain fatal injuries in a truck accident, you have a legal right to recover wrongful death damages. A negligence lawsuit seeks to recover damages for losses sustained before the person dies. A wrongful death lawsuit seeks damages recoverable after a person’s death. Depending on the timing of critical events, an attorney combines all related actions in the same lawsuit.

When you’re seriously injured in a truck accident, there’s a good chance that your car sustained serious damage as well. In most cases, a big truck easily totals the smaller vehicle. If you never resolved your property damage claim with the responsible driver’s insurer, your attorney can include it as a damage category when he files your lawsuit.

As much as you might have loved your car, it’s easy to overlook your claim when you’re seriously injured. When a large truck hits you, your injuries usually take priority over your damaged vehicle. When you’re in an ambulance or an emergency room, your car doesn’t seem that important. It often becomes even less of a concern when the hospital releases you to recover at home. That’s especially true if you’re in pain and physically incapable of driving.

Sometimes car damage claims remain unresolved because the insurer tries to nickel-and-dime the owner during negotiations. This often happens with inexperienced claim representatives who don’t see the big picture. A seasoned claim handler knows to offer a generous property damage settlement as a goodwill gesture. They sometimes settle for more than a car is worth to minimize future discord when it’s time to negotiate your injury claim.

When an insurer is unreasonable in settling your property damage claim, it often becomes a wedge that affects all future negotiations. Your attorney can always recover your vehicle damage as part of your lawsuit.

If your pet sustained injuries while riding in your car, you may recover your treatment costs. Pets are considered personal property, so you usually can’t recover damages for their pain and suffering. If they’re injured, the trucking company should be responsible for your vet bills and related expenses. Your attorney can recover your costs by negotiating them or including them in your lawsuit.

When your car sustains heavy damage, everything inside is often damaged or destroyed. If you’re like most drivers, you carry personal effects and belongings such as briefcases, smartphones, purses, and newly purchased items. If you wear glasses, an accident impact easily ejects them from your face and breaks them. While these costs seem minor, they easily add up to thousands of dollars. If the insurance company didn’t pay you for them, your attorney can easily include them as property damage in your lawsuit.

Do You Need a Truck Accident Attorney?

When a trucker crashes into your car and injures you, an attorney takes immediate steps to protect your legal rights. Truck accident injuries are often serious with long term consequences. When you deal directly with a trucking company or an insurer, you never know if they’re treating you fairly. Attorneys understand the legal and damage issues. They use their law firm resources to investigate your claim and recover the damages you need to rebuild your life.

When you schedule a legal consultation, you arrange a free appointment with a legal professional. You share your version of the accident and you learn more about your legal options. You don’t have to commit to file a lawsuit until you’re ready.