What Are The Causes Of Car Accidents? 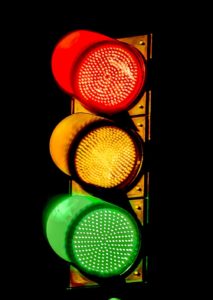 According to statistics provided by the Pennsylvania Department of Transportation, 351 reportable crashes take place in the state every day, equating to about 15 crashes an hour. There are around 221 people injured in these crashes each day, meaning 9 people are injured in a traffic crash every hour and—based on the state’s population in 2017—that equals one out of every 159 people in the Commonwealth were injured in a crash that year. Not only that, in 2018 alone, approximately 40,000 individuals lost their lives in auto accidents. What causes these accidents? Here is a look at some of the more common causes of car accidents in Pennsylvania and beyond.

According to the National Highway Traffic Safety Administration, distracted driving claimed 3,166 lives in 2017 alone. Distracted driving accidents generally account for 9 to 10 percent of all fatal crashes in the United States.

Other statistics point out that 1 in 4 crashes often involve cell phone use, and that around 33 percent of drivers report having taken time to read or write a text while driving. Although it is not illegal to talk on the phone while driving, Pennsylvania law prohibits as a primary offense any driver from using “an Interactive Wireless Communication Device (IWCD) to send, read or write a text-based communication while his or her vehicle is in motion.”

Distracted driving involves any activity that diverts the driver’s attention from the task of driving. This includes anything that involves taking your eyes off of the road or your hands off of the wheel is a distraction.

Some common distractions include:

The administration notes that texting is a particularly dangerous activity while driving as sending or reading a text causes a person to take their eyes off the road for up to five seconds. Five seconds, while traveling at 55 miles per hour, is equivalent to driving the length of a football field with your eyes closed. In Pennsylvania, it is against the law to text while driving.

More than 31,000 crashes in Pennsylvania in 2017 involved a driver who was speeding. 441 of those crashes resulted in fatalities. Nationwide, more than a quarter of the fatal crashes involved speeding, as reported by the National Highway Traffic Safety Administration. In 2017, 9,717 people, or 26 percent of drivers who were involved in fatal crashes were speeding. In addition, the Insurance Institute for Highway Safety (IIHS) has found that increasing state speed limits over the past 25 years have caused nearly 37,000 fatalities.

Alcohol impairment was the cause of 9,143 accidents in 2017 in Pennsylvania. Nationally, the Centers for Disease Control and Prevention reports, alcohol-related traffic crashes account for one death every 50 minutes, equaling a daily death toll of 29 and an annual societal cost of more than $44 billion. Alcohol impairment is a contributing factor in 28 percent of traffic fatalities in the U.S., and about 17 percent of traffic accident fatalities in children ages 14 years old and younger.

Alcohol, drugs, and medication affect brain functions such as judgment, concentration, coordination, vision, and reaction time, all of which are essential to good driving skills. DUI accidents are extremely dangerous. The impaired driver may be unable to mitigate the effects of the crash. Often, the drunk driver is uninjured while others involved in the accident suffer serious or fatal injuries.

According to information from the Insurance Institute for Highway Safety, 890 people across the U.S. were killed in 2017 due to a driver running a red light and an estimated 132,000 more were injured. Over half of those killed were pedestrians, bicyclists, and passengers in vehicles that were hit by red light runners.

Studies reveal that young male drivers with prior traffic crashes or alcohol-impaired driving infractions are more likely to run red lights. Those who are alcohol impaired, speeding, or without a driver’s license are also more likely to be red light runners.

While only a quarter of the average U.S. citizen’s driving takes place at night, about 50 percent of traffic deaths occur during nighttime hours. The risk of a fatal car accident is three times higher at night than it is during the daytime hours, according to research from the National Safety Council. Some of the factors that add to this increased risk include:

Darkness degrades drivers’ depth perception, color recognition, and peripheral vision, and the glare of oncoming headlights can temporarily blind a driver. At night, vision is limited to about 250 feet with normal headlights or 500 feet with high-beam headlights, both of which are significantly less than the distance in which a person can see during daytime driving. A 50-year-old driver may need twice as much light to see at night as a 30-year-old driver due to changes in vision related to age, making night driving a particular risk of older drivers. Teenage drivers are also at particular risk of being in an accident at night due to the combination of a lack of driving experience and the impact that darkness has on the driver’s ability to see clearly.

Drowsy driving kills — it claimed 795 lives in 2017. Many people work long hours, have long commutes and complicated lives. Consequently, there are a lot of tired drivers on the road. Drowsy driving accidents often involve a single driver on the highway or rural road, who runs off the road, apparently without braking.

A global campaign from the organization Do Something notes that motor vehicle crashes are the leading cause of death for young people. The crash rate for 16-year-old drivers is higher than it is at any other time of their life, with one in five teenage drivers experiencing a car accident within their first year of driving. Half of all teens in the U.S. will be involved in a car accident before graduating from high school. In Pennsylvania, drivers between the ages of 16 to 21 accounted for 37.5 percent of the single vehicle crashes and were involved in more than 60 percent of the multiple vehicle crashes in the state in 2017.

Teenage drivers carry a higher risk of being involved in an accident mostly due to their lack of driving experience. Studies have suggested that the three most common errors found to cause accidents among teenage drivers include:

Research suggests that a teen driver with another teen in the vehicle as a passenger is 44 percent more likely to be involved in an accident.

It takes a vehicle traveling at 60 miles per hour a minimum of 240 feet to come to a safe stop. Up to 60 feet of that distance is required for the driver to recognize that they need to stop. Wet roadways require up to four times more distance for a safe stop, and over-sized vehicles must also take more distance to compensate for the weight of the vehicle. Because of this, following too closely—also known as tailgating—is the cause of many accidents.

Rear-end collisions, which are the type of accident associated with tailgating, account for 23 percent of all crashes. This type of accident results in around 2,000 deaths and 950,000 injuries each year. Surveys indicate that around three-fourths of drivers report being tailgated within the last six months.

Extreme weather conditions can make it hard to drive, particularly if conditions hamper visibility or make the roadway wet or slick. Fog is considered one of the worst conditions to drive in, due to how it obscures potential roadway hazards. However, other conditions make driving difficult, as well. Some forms of inclement weather that may lead to an accident include:

The American Safety Council reports that the term road rage was initially coined by a news station in Los Angeles after a series of shootings that occurred on the city’s freeways. While people often use the term to describe aggressive driving, and certainly there are aggressive driving tactics involved in road rage, this condition is actually a criminal intent to endanger other persons or property or to use the motor vehicle as a weapon in which to assault others. Here are some things to consider about road rage:

Everyone wants to avoid traffic accidents, but when they happen, safety devices can reduce injuries and save lives.

Regardless of what the cause is, if you were injured in a car accident due to someone else’s negligence, you deserve to have someone help you understand your legal options. An experienced car accident lawyer can do that.