How to Treat Road Rash From Motorcycle Accident 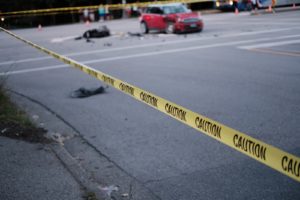 Motorcycles give you the freedom to hit the road and feel the rush of the wind all around you. You, and the nearly one million licensed motorcyclists like you in Pennsylvania, have the right to enjoy your time on two wheels without incident or injury. Unfortunately, too-often accidents happen that leave motorcyclists battered and fighting for their lives.

Road rash constitutes one such injury, despite its undeserved reputation as a somewhat minor trauma. In fact, severe cases of road rash can leave a motorcyclist in chronic pain and battling lasting health complications. In this blog post, we take a closer look at road rash and why it constitutes an injury for which many motorcyclists should receive significant compensation. To learn about your legal rights after suffering severe road rash in a motorcycle crash, contact an experienced motorcycle accident injury attorney today.

Road rash occurs when a motorcyclist slides along a road surface after dumping or getting thrown from a ride (such as in a collision). Friction between the rough road surface and the rider’s body sandpapers away any clothing and the skin beneath it. The result is a potentially large, multifaceted skin and tissue wound with features of an abrasion, laceration, avulsion, and burn injury, into which dirt, crime, and road debris usually get embedded.

Doctors assess and treat severe road rash the way they deal with severe burns, including classifying it by degree.

Road rash on its own usually does not constitute a direct fatal injury (although, as noted, it can cause infections that can kill if left untreated). That takes nothing away from the seriousness of a severe case of road rash, however. A road rash injury can affect any part of the body. It causes extreme pain and, like a severe burn, can take a long time to treat and heal, with lots of setbacks and secondary health complications along the way. Even after maximum recovery, road rash victims commonly struggle with chronic physical and emotional pain (the latter often resulting from living with severe disfigurement), and may face lasting physical disabilities.

Protecting Yourself From Road Rash

The only surefire way not to get road rash is never to ride. Obviously, giving up motorcycling is not an option for most riders, so avoiding severe road rash instead amounts to managing risk.

It will probably come as no surprise for experienced bikers to hear that the two best ways to minimize the risk of a road rash injury are:

We doubt either of these suggestions breaks any new ground with our readers. Everyone understands that riders who follow the rules of the road do their part to avoid a crash. Likewise, bikers—especially those who have suffered a road rash injury in the past—tend to appreciate the wisdom of the saying dress for the slide, not the ride. Specialized jackets, pants, gloves, and helmets with face shields give riders the best chance of coming out of the slide more-or-less in one piece and without a severe road rash injury that sidelines them for months or more.

Do Not Accept Road Rash as a Rider’s Burden

Road rash is so common for motorcyclists that many tend to think of it as something that simply comes with the territory; if you ride long enough, you’ll eventually get a road rash and that’s just how it goes.

Perhaps that way of thinking has some truth to it as a practical matter. However, that does not mean that motorcyclists have some obligation to endure the cost and pain of recovering from road rash all by themselves. Road rash results from (mostly) preventable accidents. Riders deserve compensation for the harm associated with a severe road rash injury whenever those accidents result from someone else’s careless, reckless, or intentionally-aggressive actions.

In our experience as lawyers for injured motorcyclists, one of the reasons riders think of road rash as an inevitability is that other motorists—drivers of passenger cars and commercial vehicles—too often treat them as second-class citizens. By law, motorcyclists have the same rights of way as any other vehicle. Unfortunately, others on the road do not always give motorcyclists their due, with painful consequences.

Which is to say, if you sustained a severe road rash after laying your bike over or being thrown from your ride in a collision, and you were not at fault, then do not accept your injury as “just something that happens to bikers.” Instead, connect right away with an experienced motorcycle attorney to seek compensation for your injuries caused from whomever’s careless or reckless actions caused you harm.

Who Should Pay for Road Rash Injuries

Who owes you money for your road rash injury? Well, it depends on how you ended-up sliding along the road. As a general matter, though, motorcyclists have a legal right to compensation for any road rash resulting from someone else’s unreasonably dangerous decisions or actions.

In a typical road rash injury case, lawyers for the motorcyclist might look to any of the following parties as potential sources of compensation:

Every road rash injury case is different, of course, so these are just some examples. To learn more about who might owe you damages for your road rash wound, contact an experienced motorcycle accident injury lawyer today.

Costs of Road Rash Injuries That Someone Else Should Pay

When we say you deserve compensation for your road rash injury, we mean that the person or entity with legal liability to you should pay you for all of the expense, pain, and loss you suffered because of it. That can amount to a significant amount of money in some cases.

No lawyer can guarantee you a lot of (or any) money, of course, but typically bikers who suffer bad road rash injuries through no fault of their own can seek compensation for:

As we said, no one can guarantee a biker will receive all, or any, of these categories of damages, much less how much money that might amount to. Some of the factors that influence how much money a severe road rash injury entitles you do lie far beyond your ability to control, such as how much insurance the party at-fault carries. Working with an experienced motorcycle accident injury lawyer is the most reliable way to get a fix on how much money you might obtain.

What You Can Do Today

We cannot offer any one-size-fits-all legal advice for motorcyclists who suffer road rash injuries. Every case has its own unique aspects.

However, we can encourage you to follow a few tips to protect your health and your rights after a wreck leaves you nursing a severe road rash wound.

If you wrecked your motorcycle because of someone else’s careless, reckless, or intentional actions, and you have a nasty case of road rash to show for it, contact an experienced motorcycle accident injury lawyer today for a free case evaluation. For more motorcycle safety advice or motorcycle accident frequently asked questions get answers from the Levin Firm.