​What Cancers or Illnesses Does Roundup Cause?

You’ve likely heard of the lawsuits and controversy concerning Roundup. The product, one of the world’s most widely used herbicides, kills weeds.

Its main ingredient, glyphosate, has been the subject of many studies that have found the substance to be dangerous. The WHO has found that it is likely carcinogenic to humans.

The most serious allegations against Roundup have linked the weed-killer to non-Hodgkin’s lymphoma, a type of blood cancer that can spread very quickly.

One study found that cumulative exposure to Roundup increased the likelihood of developing non-Hodgkin’s lymphoma by 41 percent. Another study expressed concern for the potential of changes to the microbiome composition and increases in antibiotic resistance, even when glyphosate is ingested at very low levels.

If you are suffering from a medical condition related to Roundup exposure, you need to speak with a Pennsylvania Roundup lawsuit lawyer.

How Prevalent Is Glyphosate? 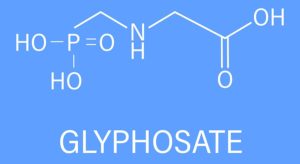 Glyphosate is the most widely-used herbicide in the world. It was developed in the 1970s, and farmers and agriculturalists use it regularly to protect their crops.

Monsanto developed GMO seeds for corn and soybeans that survived even when sprayed with Roundup. This resulted in many farmers becoming dependent on Roundup for pest control.

Both corn and soybeans are grown widely in Pennsylvania. They are the commonwealth’s top two crops. Contact a Pennsylvania Roundup lawsuit lawyer for assistance if you work in the farming industry and have developed non-Hodgkin’s lymphoma due to exposure to Roundup.

Is Glyphosate Used in Other Places Besides Farms?

Yes, glyphosate is available for both private and commercial use. Individuals commonly use it in their private gardens and yards to prevent weeds from growing. It is also widely used in commercial settings to stop weed growth.

There have been five cases that have gone to trial concerning Roundup. Four of the cases related to home usage of Roundup, and one was related to using Roundup while working in a landscaper capacity.

Outside of the five cases that have gone to trial, tens of thousands of cases have been settled with Bayer, while others remain in state courts. Exposure to Roundup is not limited to the farming and agricultural sector.

Many who have used Roundup on private property have developed severe or fatal diseases such as non-Hodgkin’s lymphoma.

If you believe your use of Roundup may have caused a medical condition, schedule a consultation with a Pennsylvania Roundup lawsuit lawyer.

How Does Roundup Affect the Body?

Numerous studies have been completed on the health effects of glyphosate. However, regulatory agencies around the world continue to debate its safety.

Studies have shown that glyphosate can have an impact on numerous systems of the body, including:

When Roundup damages any of these organs or systems in the body, chronic conditions, illnesses, or cancer may develop.

In March 2015, the International Agency for Research on Cancer (IARC) published an article in The Lancet indicating that glyphosate was likely carcinogenic to humans.

While most of the studies that the IARC reviewed were in mice or other animals, the organization found significant evidence of genotoxicity and oxidative stress.

Genotoxicity can result in DNA or chromosomal damage, a precursor to cancer. Theoretically, glyphosate has the potential to cause a wide range of cancers. One study found that children of landscapers who used Roundup regularly had an increased risk of childhood cancers, including lymphomas.

Another study confirmed the hypothesis that continued exposure to glyphosate resulted in a higher chance of developing non-Hodgkin’s lymphoma. However, due to glyphosate’s damage to the cells, numerous cancers can be linked to the chemical.

Oxidative stress results when there is an imbalance between free radicals and antioxidants within the body. The imbalance impairs the ability of the body to fight off infections and disease. The resulting stress can cause damage to fatty tissue, DNA, and proteins.

Oxidative stress has been linked to several conditions, including:

One significant study highlighted the effect glyphosate exposure has on the gut microbiome. The study found that glyphosate suppressed the synthesis of certain enzymes and amino acids.

This suppression can result in the death of healthy gut bacteria required to protect the intestines from disease. The lack of beneficial gut bacteria can lead to celiac disease and gluten intolerance.

Further studies that examined glyphosate’s effects on cows and horses confirmed the results. The impact was also found present in chickens.

In Sri Lanka, people who work in rice paddy fields have a greater chance of developing kidney failure due to their exposure to glyphosate, which readily combines with heavy metals such as arsenic present in hard water.

Another study observed that low levels of glyphosate resulted in the disruption of numerous genes, which led to kidney and liver damage.

Should I Worry About Exposure to Roundup?

In a word, yes. While glyphosate may not be as threatening as Agent Orange was during the 1960s, scientists continue to study the popular herbicide. Research suggests that long-term exposure leads to the potential for more significant health conditions.

As the use of Roundup significantly increased with the introduction of GMO crops in 1996, we may be at the beginning stages of finding out how toxic this chemical is.

If you’ve developed a condition that you suspect was caused by exposure to glyphosate, contact a Pennsylvania Roundup lawsuit lawyer to file a claim against Bayer.