​Who Is the Best Lawyer for a Roundup Lawsuit?

You have likely heard about Roundup in the news. The product has been the subject of lots of scientific debate and lawsuits.

Numerous studies have found that the main ingredient of Roundup, glyphosate, has the potential to cause cancer in humans. The World Health Organization (WHO) issued a report in 2015 announcing that glyphosate was likely carcinogenic to humans.

That report led to a severe uproar in the agricultural industry.

Did you develop non-Hodgkin’s lymphoma or another medical condition resulting from using Roundup? If so, you want a Pennsylvania Roundup lawsuit lawyer with the experience and resources necessary to take on a large corporation’s team of lawyers.

How Do I Choose an Attorney for a Roundup Lawsuit? 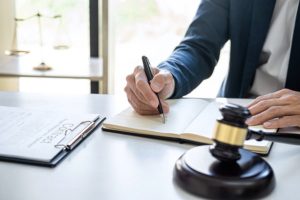 Most of the successful claims against Roundup have rested on the premise that the company knew that the product’s primary ingredient was cancerous. The company did not appropriately label its packaging despite glyphosate’s link to cancers such as non-Hodgkin’s lymphoma.

As a result, consumers around the country used Roundup continuously to care for their lawns or while at work. Their exposure led them to contract non-Hodgkin’s lymphoma or other medical conditions.

The most appropriate types of lawyers for Roundup cases are those with toxic tort, product liability, or personal injury law experience. Ideally, your attorney will have experience in all three.

When you meet with a lawyer, make sure they are used to representing plaintiffs and not companies. Commercial law requires a different skill set that won’t benefit you as the consumer.

You can meet with several Pennsylvania Roundup lawsuit lawyers before deciding on the one that is the best fit for you. Most offer a free consultation, which will allow you to assess their experience with cases similar to Roundup.

Questions you should ask include:

A search of Pennsylvania Roundup lawsuit lawyers will often result in numerous options. You can review their websites, testimonials, and reviews to get a better feel for their abilities. Once you have gone through several types of consultations, you’ll know which one is the best fit for you.

Can I File a Lawsuit Against Monsanto?

Many people have successfully done so. Lawsuits against Monsanto began with DeWayne Johnson, who worked as a groundskeeper for a San Francisco Bay school district. His regular duties included spraying Roundup around the lawns of schools to prevent weeds from growing.

One day, the hose of his 50-pound machine broke, resulting in Mr. Johnson being covered in glyphosate from head to toe. Soon after, he developed a mysterious rash. Suspecting that Roundup may have been the cause, he contacted Monsanto for advice on how to handle it.

The company could not provide him with advice, and Mr. Johnson worked with various doctors to try to find a cure. Soon after, he was diagnosed with non-Hodgkins lymphoma. He connected his terminal cancer diagnosis with Roundup after hearing a news report about glyphosate’s effect on humans. He filed a lawsuit soon after.

The verdict for Mr. Johnson shook the nation. He was awarded $289 million in damages in 2018. After the award, plaintiffs filed thousands of lawsuits against Monsanto. Monsanto appealed Mr. Johnson’s case several times, resulting in reducing the verdict to $20.5 million.

Pennsylvania allows the recovery of economic, non-economic, and punitive damages in personal injury lawsuits. If your case is successful, you may receive monetary compensation for past and future medical bills, lost income from being unable to work, and pain and suffering.

To find out whether you have a case against Monsanto and its current owner, Bayer, contact a Pennsylvania Roundup lawsuit lawyer today.

Who Is Most Likely to Suffer From Roundup Exposure?

Pennsylvania has a robust agricultural community. It grows a significant portion of the country’s corn and soybean supplies, along with apples, peaches, and pumpkins.

Many rural counties in Pennsylvania support farming communities. Individuals who have worked in landscaping, as farmers, agriculturalists, botanists, or other similar industries are the most likely to have been continually exposed to glyphosate, the main ingredient of Roundup.

However, you do not have to be a landscaper or a farmer for Roundup to harm you. Landscapers and gardeners have widely used the product.

Two of the three large verdicts came from lawsuits filed by ordinary individuals who enjoyed taking care of their lawns. They used Roundup to prevent weeds from growing, and their exposure led to the development of non-Hodgkin’s lymphoma.

While numerous states and localities have introduced laws banning the use of glyphosate in certain situations, Pennsylvania is not one of them.

Despite the ongoing cases against Roundup, Bayer continues to produce its products without warning labels. It is widely available to anyone buying it from lawn and gardening or home improvement stores.

If you used Roundup or lived or worked near people who did, then developed non-Hodgkin’s lymphoma or other health conditions, look for the best Roundup lawyer you can and ask for a free evaluation of your claim.