​What Is the Average Payout for a Roundup Lawsuit?

If you were diagnosed with cancer or another medical condition due to Roundup exposure, you may want to know how to obtain compensation for your suffering.

In recent years, numerous people have developed non-Hodgkin’s lymphoma and other conditions due to exposure to glyphosate, the main ingredient of Roundup.

Roundup cases started after a revolutionary report from the World Health Organization (WHO). This report found that glyphosate was likely carcinogenic to humans. As people use glyphosate to kill weeds worldwide, the WHO’s report resulted in severe fallout among the agricultural community.

However, cases continued to mount, and evidence presented in many instances showed that glyphosate could be carcinogenic, especially after long-term exposure to the chemical.

Contact a Pennsylvania Roundup lawsuit lawyer if you were exposed to glyphosate through Roundup and believe it caused cancer or another medical condition. 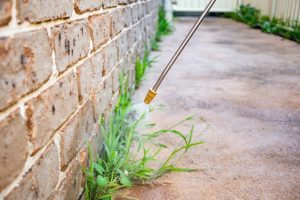 Dewayne Johnson was the first to win a verdict against Roundup’s producer, Monsanto. His groundbreaking trial resulted in a $289 million verdict consisting of $39 million in economic and non-economic damages, plus $250 million in punitive damages. However, upon appeal, the award was reduced to $20.5 million.

Johnson’s case resulted in a flurry of new lawsuits against Monsanto alleging that individuals had contracted cancer due to their exposure to Roundup. It has also inspired a movie, Into the Weeds, about Johnson’s life and the trial against Monsanto and its herbicide, Roundup.

Several other cases have gone to trial, resulting in damages awarded to the plaintiffs exposed to Roundup.

Edwin Hardeman was diagnosed with non-Hodgkins lymphoma in 2014 and filed a lawsuit against Monsanto after seeing news reports that glyphosate could cause cancer. He had used Roundup to spray his three properties in California regularly for close to thirty years.

Hardeman’s court case lasted almost three years before a federal jury found that Roundup was the cause of his cancer and awarded him $80 million in damages. It was the first case against Monsanto and Roundup a federal court heard.

Alva and Alberta Pilliod, a married couple in California, filed a lawsuit against Monsanto after being diagnosed with non-Hodgkin’s lymphoma after using Roundup on their personal property for over 30 years.

In 2019, a California court awarded the couple $55 million in actual damages and $1 billion each for punitive damages. The judge later reduced the verdict to $86.7 million, sustained upon appeal.

In 2020, Bayer, which had acquired Monsanto in 2018, paid approximately $10 billion to settle thousands of lawsuits brought by plaintiffs alleging they developed cancer due to exposure to Roundup.

Bayer has recently asked the Supreme Court to review Edwin Hardeman’s case to stop the flood of litigation brought against the company in state and federal courts.

In May 2022, the current administration asked the Supreme Court not to review the case. If the Supreme Court rejects the claim, it may result in Bayer owing billions of dollars to plaintiffs who can prove that exposure to Roundup led to non-Hodgkins lymphoma or other medical conditions.

How Much Will I Receive from a Roundup Case?

If you’ve developed non-Hodgkins lymphoma or another medical condition due to using Roundup, you may be entitled to certain damages. To obtain damages, you’ll need to prove your case through medical records, expert testimony, and evidence of your costs and the disease’s impact on your quality of life.

Remember that everyone’s situation is different.

The monetary damages you obtain will depend on the:

Contact a Roundup lawsuit lawyer to learn more about your potential damage award.

What Damages Can I Recover?

Pennsylvania allows for economic, non-economic, and punitive damages in personal injury cases. We provide characteristics of each type of damage below:

They are awarded when they are directly related to the injury caused by a product such as Roundup.

A Pennsylvania Roundup lawsuit lawyer will have the legal knowledge required to calculate the cost of economic damages.

Non-economic damages are commonly referred to as pain and suffering. These injuries cannot be calculated from receipts; instead, they are an estimate based on specific facts of the case.

Non-economic damages may include:

Because they are subjective, the amount of non-economic damages will depend on the facts of each case.

Should I Consult an Attorney Regarding My Case?

If you have suffered an injury related to exposure from Roundup, it’s essential to have a Pennsylvania Roundup lawsuit lawyer review the facts of your case. Schedule a consultation to determine whether to file a claim against the makers of Roundup. A claim may help you recover expenses incurred due to your medical condition.