What is the Deadliest Type of Car Accident? 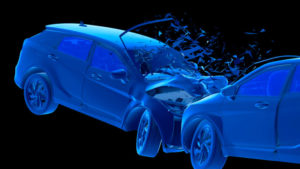 Anyone who was in a head-on collision never forgets the moments immediately before the crash. Sometimes the other driver was speeding, impaired by alcohol or drugs, or simply not paying attention. It happens so quickly, there is no time to steer away from the danger. They simply feel the adrenaline enter their bloodstream as their body braces for an inevitable crash.

Head-on collisions often cause serious injuries. When an impact has enough force to twist and deform a vehicle, mechanical parts, interior components, and reinforcement structures, it also often has catastrophic consequences for the vehicle’s occupants.

The impact from a head-on collision can distort the vehicle’s exterior and force an intrusion into the passenger compartment. A shift in the vehicle’s structure can seriously injure a driver or passenger’s lower extremities, including their legs, feet, ankles, and knees. When a front-end crash involves vehicles that are mismatched in weight, height, and speed, the chances are higher that car occupants will suffer catastrophic or fatal injuries. Contacting a dedicated car accident attorney and discussing your options can help you get back on track to recovering from your incident.

How Do Head-on Crashes Occur?

Head-on crashes are the result of a series of simple yet crucial mistakes. They happen when an oncoming driver becomes distracted and strays from their intended course of travel. If the distracted driver fails to correct their actions, they end up driving the wrong way in the opposing lane. This is one of many preventable potential consequences when a person engages in risky driving behaviors.

The combination of speed, driver impairment, distraction, or other factors make head-on collisions dangerous and sometimes deadly. As with other types of accidents, frontal collisions usually occur due to driver negligence. Often the other driver in the collision has no time to react to avoid the collision.

The Pennsylvania Department of Transportation tracks head-on crashes that happen in the state. The PennDOT Crash Report Query Tool provides the following data about the head-on collisions that occurred in Pennsylvania in one recent year:

Philadelphia is one of many cities working on Vision Zero initiatives. As the city with the highest number of traffic-related accidents per capita in the United States, city officials are working to reduce traffic deaths to zero by 2030.

Data from the Pennsylvania Department of Transportation 2017 Crash Facts & Statistics documents the dangers of front-end collisions throughout the state. Of the 471 auto-accident fatalities that occurred in Pennsylvania during 2017, 80.5 percent of those who died were drivers and 13.4 percent were passengers occupying the right front seat.

What About Vehicle Crashworthiness?

Eventually, the NHTSA and IIHS’s crashworthiness findings led to safety legislation, which required automotive manufacturers to improve the front end crashworthiness of their vehicles. Over the years, changes in auto design and manufacturing processes have increased all cars’ abilities to withstand a front-end crash. In addition to seatbelts and airbags, manufacturers added front end crush zones. They also enclosed passenger compartments within protective safety cages. These safety enhancements save lives. Front-end collision deaths have dropped by 61 percent since the NHTSA’s original findings, but serious injuries and deaths still occur.

A vehicle’s front crush zone is in the center 50 percent of the vehicle’s front end. While this safety enhancement protects front-seat passengers from center-front collisions, those aren’t the only types of head-on collisions that occur. Center-front protective structures provide minimal protection during front end accidents involving overlap or offset impacts. These right or left of center impacts don’t engage a car’s protective systems the way a center-front collision does.

Injuries also frequently happen in crashes with significantly mismatched vehicles. When the bumper of a larger vehicle is higher than a smaller car’s bumper or when large sized tires elevate a truck’s body above the other vehicle, a resulting mismatched vehicle crash can cause a hood or instrument intrusion into the upper part of the smaller car’s passenger compartment. Often, these types of head-on collisions diminish seat belt and airbag effectiveness. They can therefore lead to serious, catastrophic, and sometimes fatal upper-body injuries.

Who Pays Your Medical Bills When You’re Injured In A Head-On Collision?

Depending on your auto insurance coverage, your own auto insurer will pay your accident-related medical bills and out-of-pocket expenses after a crash. Under Pennsylvania’s Election of Tort Statute, § 1705, you choose how you will handle future auto-accident related injury claims before you buy a policy. Your insurance company must offer you one of two options:

Full tort: You have no waiting periods or tort thresholds to meet. You may make a liability claim or file a lawsuit against the other driver for all of your damages. You may recover non-economic losses such as pain, suffering, and emotional distress.

Limited tort: When you’re injured, your own insurance company pays your medical bills and other out-of-pocket medical expenses. Under Pennsylvania §1712, your company must offer you a minimum $5,000 medical benefit. You also have the right to purchase the following optional coverages:

When you choose the Limited Tort option, you have no immediate legal right to make a claim or file a lawsuit against the responsible driver. The statute waives this requirement under certain circumstances outlined under §1705(d), Limited Tort Alternative.

Also, if you meet a serious injury tort threshold, you may file a civil lawsuit for non-economic damages. You may also file a lawsuit against the manufacturer if a vehicle or component defect contributed to the accident. The statute lists several additional exceptions and circumstances under which you have an automatic right to make a claim or file a lawsuit against the negligent driver who caused your injuries.

What Happens if the Other Driver Doesn’t Have Insurance?

Pennsylvania’s Election of Tort Options statute allows anyone who was injured in a car accident full tort rights when the other driver doesn’t meet state financial responsibility requirements. Essentially, this means that the other driver failed to purchase the required insurance coverage. Although the responsible driver doesn’t have an insurer to pay for the injured driver’s damages, the injured driver may still have a recovery option.

Should You Talk to the Insurance Companies?

When you file a claim for benefits with your insurance carrier, you have no choice but to communicate with their representatives. Your policy requires that you cooperate, provide statements, medical bills, and other requested documentation. You must comply if you want to receive payments for your submitted expenses. You must also deal with your insurance company when you make an uninsured or underinsured motorist claim.

The other driver’s insurance company may also want to talk to you, but it’s not a good idea. Despite your familiarity with the facts, your knowledge, or your ability to speak up for yourself, a liability insurance investigator can use your words against you. Even if you don’t consent to a written or recorded statement or sign a medical release, the insurance company representative will document everything you have to say. As your claim enters a negotiation phase, that representative may use any discrepancies or contradictions to discredit you or diminish your injury claim.

Insurance companies can also use your statements to prove that you contributed to the accident. Under Pennsylvania’s Modified Comparative Fault statute, if they show that you were more liable than the other driver you can’t recover any damages for your injuries.

Do You Need an Attorney to Represent You?

Things can get extremely complicated when it comes to recovering damages for injuries suffered in a frontal collision. An experienced legal representative can manage the critical details in dealing with the accident victim’s own insurance company or the other driver’s liability carrier.

A serious head-on accident involves complex legal issues. As with any accident, the negligent driver may choose to try to avoid liability by telling their insurance carrier an alternate version of the facts. They may blame the other driver, a phantom vehicle, or a vehicle defect. They may cite some other issue to bolster their chances of prevailing on the issue of liability. Regardless of an injured accident victim’s insurance tort option, they may face an uphill battle when it comes to proving liability.

Injuries and damages are an additional complication. If the accident victim sustained serious or catastrophic injuries, they may not fully understand the extent of their injury’s current and future cost. Insurance companies take advantage of injured people in negotiating settlements. They often attempt to settle a claim for an amount that’s far lower than its true value.

Depending on their tort option selection, an accident victim may or may not have an immediate right to file a lawsuit. But they may still benefit from legal assistance in determining their damages and evaluating the liability issues at play. An attorney can preserve the evidence, document damages, and protect the accident victim and their family’s legal rights sooner rather than later.

As with any accident, damage recovery is subject to the whims of the other driver and their insurance company. When another driver crosses over into the opposite lane, it seems like that should be clear evidence of negligence. Unfortunately, that driver’s insurance company won’t necessarily see it this way, especially if their insured has offered another version of events. An attorney can work to resolve these and other legal complications.

If you need to file an insurance claim after an accident, you must cooperate with your insurance carrier, but you have a legal right to have a personal injury lawyer assist you during the process. An attorney can review your policy for relevant coverages and make sure you’re receiving all of your benefits. If you have a valid uninsured or underinsured motorist claim, your attorney can prepare your case, analyze the liability issues, present your damages and negotiate your settlement.

If you were injured in a head-on collision or any other accident, a legal representative can take the pressure off of by working to recover damages on your behalf. Most will offer a free consultation and case review to answer your questions and give you a chance to gauge if the lawyer’s experience, dedication, and resources are enough to handle your case.