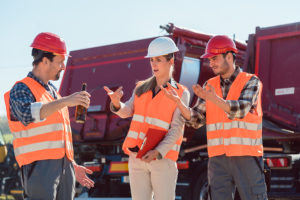 Twenty-four-year old Zachary Lybrand, his 16-month-old daughter, Elliana, and 22-year-old Ethan Van Bochoven were driving down a Pennsylvania highway. Sadly, none of them made it home. The three passengers died when a 29-year old crashed his truck into a line of stopped traffic near a construction zone. Dashcam footage later showed that the truck driver never even braked as he slammed into Lybrand’s vehicle. In all, the accident involved 12 vehicles, including the tractor-trailer.

In Pennsylvania, the maximum blood alcohol content for drivers is 0.08 percent. For commercial truck drivers, it’s just 0.04 percent. A Breathalyzer test later showed that the truck driver’s blood alcohol content was 0.152 percent, nearly four times the legal limit for commercial drivers. If you or a loved one has been in a drunk driving trucking accident, here’s why you deserve an aggressive truck accident attorney.

While we’d like to believe that accidents like this are one-in-a-million, the truth is, they happen more often than they should. Three people lost their lives in that accident, which is in itself devastating. But the reality is, this accident could have been much, much worse.

The Dangers of Driving Under the Influence of Alcohol or Drugs

There’s no question that driving under the influence of alcohol or drugs, including certain legal prescription drugs, is dangerous. It only takes one drink to affect your ability to drive safely on the road. For some people, it may be even less. That’s why Pennsylvania has such strict laws when it comes to driving under the influence. For truck drivers, no level of alcohol is safe. Because of this, many employers have a zero-tolerance policy when it comes to driving with any level of alcohol in one’s system. Here’s a look at some of the ways alcohol can affect one’s ability to drive safely:

All truck accidents are dangerous, but the type of injuries and the number of people involved will depend on the type of accident. For example, a rear-end accident like the one we discussed above can involve several vehicles and lead to multiple fatalities. On the other hand, a rollover around an empty curve may only involve one truck driver. Some of the most common types of truck accidents include:

In 2017, over 4,100 people died in an accident involving a large truck. With the average truck weighing 20 to 30 times that of a passenger vehicle, the potential for damage is extraordinarily high. Even low-speed accidents can result in serious injuries. Some of the most common injuries include:

When Liability Extends Beyond the Driver 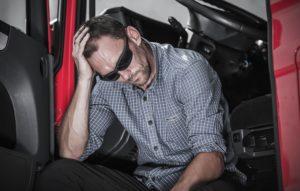 When it comes to assigning fault after an accident, the most obvious person to blame is the driver. But what about his or her employer? Does the employer hold any liability for the driver’s actions? The short answer is that it depends. Many variables may allow you to pursue compensation from a trucking company. Examples of when an employer may hold responsibility include:

Compensation After a Truck Accident

Recovering from an accident can be a long and difficult process. Truck injuries can cause severe injuries that may cost the victim both physically and financially. Because of this, Pennsylvania law allows victims of accidents to pursue financial compensation against at-fault parties. Though the amount of your final recovery will vary based on the specific facts of your case, there are certain costs that the court or insurance company will take into consideration. These include:

The Importance of Legal Representation

Any type of accident can be a traumatic experience. Most accidents don’t just affect the victim, but also affect the victim’s friends and family as well. Moving on can be difficult, especially when there are serious injuries involved. If you are injured in a truck accident, you deserve fair and just compensation. Though money won’t take away your pain, it can help you get the care you need.

Truck accidents are often complex and may involve multiple parties subject to different rules and regulations. An experienced personal injury attorney can fight for your rights and make sure that all parties are held responsible. If you or a loved one has been involved in a truck accident involving a drunk driver, contact a Pennsylvania personal injury attorney for more information.