Who Is Liable in a T-Bone Car Accident? 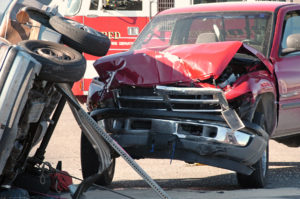 A 22-year-old man was arrested and charged with homicide by motor vehicle after he allegedly drove through a red light and T-boned a vehicle driven by a newlywed mother of three at a Chester County intersection. The 45-year-old woman in the vehicle that was struck was on her way to work at the time of the collision. She died in the hospital of her injuries a short time after the accident. The man who caused the accident fled on foot but was soon found hiding in the backyard of a home a short distance from the accident site. The man was also charged with other offenses related to the auto accident, including driving with a suspended license.

T-bone accidents are one of the most commonly occurring multi-vehicle accidents in Pennsylvania. In 2018, the Pennsylvania Department of Transportation reported that there were 34,346 angle accidents statewide during the year, resulting in more than 250 deaths. The term “angle accident” generally refers to an accident that happens at an intersection in which the front of one vehicle strikes the side of another, forming an angle, or a T. This type of accident is also commonly referred to as a T-bone, broadside, or side-impact collision.

If you’ve been injured in a T-bone car accident in Philadelphia, an experienced car accident attorney can help you to determine if you’re eligible to receive compensation through an insurance claim or a personal injury lawsuit to cover the expenses you’ve incurred due to your injuries.

Who Is Liable in a T-Bone Car Accident?

Failing to yield the right-of-way when legally required to do so is a traffic offense. What this means is that, if an accident occurs during the commission of a traffic offense, the driver committing the offense is at fault.

As previously mentioned, not all T-bone accidents occur in an intersection. Other examples include:

Why T-Bone Accidents Are so Deadly 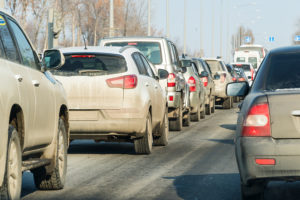 In spite of advancements in the design of vehicles that provide additional protection against side-impact collisions, the side of a vehicle still remains a particularly vulnerable area to be hit, especially for vehicle occupants who are sitting on the side where the impact occurs. This is because there is less structure on the door panels to absorb the energy of the crash than there is in front-impact accidents, where the bumper, engine, and dash are absorbing some of the energy, or rear-end impacts, where the trunk is absorbing some of the energy.

Traffic control devices, such as red lights and stop signs, are put in place to make an intersection safer for those traveling through it. Yet, according to statistics provided by the Federal Highway Administration, 40 percent of all traffic accidents and more than one-fifth of all fatal traffic accidents in the U.S. take place in intersections. Why is that? Consider the following:

All of these reasons are the result of driver negligence and spell liability for the driver who committed them.

Ways to Avoid Collisions in an Intersection 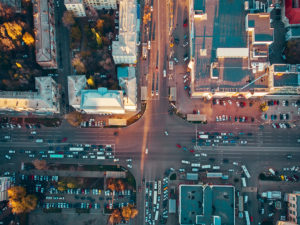 You cannot control the actions of other drivers on the road. However, here are some tips that may help you to prevent becoming a victim of this type of accident or from causing a T-bone accident yourself.

When it comes to investigations into T-bone accidents, generally both parties will claim that they had the right-of-way and that the accident was the fault of the other. Police report narratives, any traffic citations that were issued or arrests that were made, photos of the vehicle damage, and the statements of witnesses often become very important in these cases. Your car accident attorney will go over every detail of your case to help you prove that the liability fell to the other driver when negotiating a settlement with your insurance company or when presenting your case to a judge or jury in court.

Getting You The Legal Help You Need The relationship and trust you have with your doctors, surgeons, nurses, and even a hospital is incredibly important, especi...

March 24, 2021
When a Child Is Struck By a Car, the Area of Greatest Injury Depends Mostly On?

Two children were hit by a car while walking to school with their mother in North Philadelphia. The brother and sister were initially taken to Hahnemann Univers...