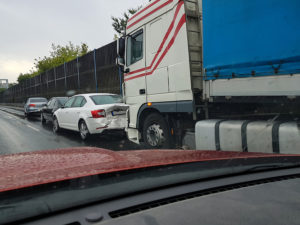 A 57-year-old woman was killed after a tractor-trailer rear-ended the vehicle in which she was riding in a work zone on Route 222. The accident occurred when the truck driver, a 53-year-old Florida man, failed to brake or slow down upon entering the work zone. After striking the woman’s car—which sustained serious damage, the tractor-trailer went on to hit two other vehicles. Police suspected at the time that speeding was a factor. All of the occupants of the vehicles were transported to area hospitals, and the woman died of her injuries at Lancaster General.

In Pennsylvania, more than 28,000 rear-end accidents took place in one recent year, making it one of the most common types of accidents in the state. Those accidents resulted in 81 fatalities. In the same year, there were 155 fatalities in heavy truck-related accidents. Truck accidents are particularly deadly, and rear-end accidents are common. The combination of the two can result in a lifetime of serious injuries or even death. If you’ve been injured in a rear-end truck accident, you may be eligible for compensation. An experienced truck accident attorney can provide answers to your legal questions.

What Causes a Rear-End Truck Accident?

Rear-end collisions involving tractor-trailers can occur due to:

Compensation After Being Rear-Ended by a Commercial Truck

Truck accident injuries are almost always serious. If you were rear-ended by a tractor-trailer, you are likely facing a lot of expenses. How does one receive compensation for accidents such as these? 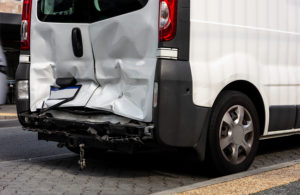 Generally, the process begins with filing a personal injury claim with the insurance providers for all liable parties. There may be more than one liable party, particularly in an accident involving a commercial truck. Some examples of individuals or entities who may have been responsible for the accident include:

To establish that someone is liable for an accident, you must prove negligence. Negligence is established by satisfying these three facts:

Often, insurance companies who cover trucking companies and truck drivers will dispute the claims brought against their insured and attempt to place liability on other parties, including the victim. While preparing and making your claim, seeking the assistance of a personal injury attorney who has experience in this type of case is important, as the attorney may provide these services during the process:

If a settlement is not offered or agreed upon, you may have the option under Pennsylvania law to file a personal injury lawsuit against all liable parties in your case. Some of the highlights of this aspect of the law include:

The state’s constitution specifically prohibits any limitation on damages in cases that involve injury or death.

Have questions about the legal process of obtaining compensation after a rear-end truck accident? An experienced personal injury attorney is a great resource for answers to those questions.

If your vehicle gets rear-ended by a truck, is it always the truck driver’s fault?

Not always. As described above, there can be other liable parties, including the manufacturer of the truck’s brakes or the individual or company who was responsible for maintaining the truck. Additionally, there are cases in which liability falls on the individual in the lead car, such as if he or she was driving with defective brake lights and the truck driver was unable to tell that he or she was slowing or stopping, or if he or she failed to yield the right-of-way to the truck.

How can truck drivers with sleep apnea continue to drive?

My loved one died due to a rear-end truck accident. Is there compensation available to deal with the expenses caused by his death?

Yes, you should speak with an attorney regarding your eligibility to file a wrongful death lawsuit or a survival claim. Some of the damages that you’re allowed to claim through these actions include the costs of funeral and burial expenses, the decedent’s final medical expenses, the loss of financial contributions from the decedent to the family, and the loss of moral support and guidance that the decedent would have provided had he or she lived. An experienced truck accident attorney can assist you with these claims.

If I hire a personal injury attorney to help me with a claim against the truck driver in my case, does that mean my case will go to trial?

Not necessarily. In fact, the majority of personal injury claims are settled before they reach the courtroom. However, the truck accident attorney you hire should be comfortable and confident in representing you in litigation should it prove necessary to take your case to trial.