What Is Considered Pain and Suffering in an Accident When a Semi-Truck Driver Is at Fault? 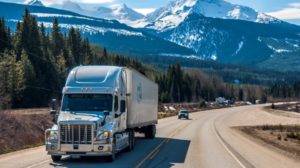 Victims of collisions involving semi-trucks often have the right to take legal action seeking compensation from the party at-fault for the crash. In that action, a victim typically seeks two types of damages.

Clients of our firm who have suffered injuries in a semi-truck accident caused by a careless truck driver often express some confusion about what constitutes pain and suffering. In this blog post, we aim to clear-up that confusion.

Before an attorney can begin calculating the damages a client should receive in a semi-truck accident injury case, the attorney may try to identify who has potential legal liability to the client. In a semi-truck accident case in which the truck driver was clearly at fault, there can be multiple parties with potential liability. While getting to the bottom of liability can take some time, every party with potential liability represents a potential source of payment of a client’s damages. As a general rule, the greater the number of potential sources of payment, the higher the probability the client could receive a full measure of pain and suffering damages.

No person experiences pain in the same way as another, making pain and suffering damages, at times, difficult to calculate and prove. Several factors that commonly figure into assessing the magnitude of pain and suffering include:

The injuries sustained in truck accidents are often catastrophic and inflict significant pain and suffering. These injuries commonly include:

Each of the above injuries meets the definition of a serious injury under Pennsylvania law entitling a victim to seek compensation from the at-fault party in a semi-truck accident. These injuries also frequently demand large damage awards for pain and suffering, provided the victim has experienced legal representation.

Plaintiffs can only claim pain and suffering in cases against local governments in the event of a death, a permanent loss of a bodily function, or permanent scarring and disfigurement. Because most truck accident cases involve a driver who works for or is contracted by a non-governmental trucking company, most semi-truck accident injury cases do not fall within this cap.

Pain and Suffering in a Wrongful Death Case

With more than 4,000 people being killed each year in truck accidents in the U.S., there is a lot of pain and suffering associated with this type of accident—both for the deceased before death, as well as the loved ones he or she leaves behind. Pennsylvania law allows for the recovery of pain and suffering damages when there has been a death through two different actions: a wrongful death case and a survival action.

The damages allowed by this type of claim include:

Wrongful death recoveries are disbursed directly to the beneficiaries and are not subject to taxes.

Among the damages that a deceased person’s representative may recover in a survival action are:

The proceeds of a successful survival action claim are disbursed to the deceased’s estate. They are subject to taxes and can also be used to satisfy any outstanding claims of the estate’s creditors.

How Are Pain and Suffering Damages Calculated?

The negative impacts of pain and suffering on an individual’s quality of life have virtually no potential limit. However, attaching a value to pain and suffering does not always seem like a straightforward proposition. Many victims of semi-truck accidents caused by the truck driver struggle to understand how much money they deserve as compensation for pain and suffering.

These formulas can help to get a sense of what might constitute appropriate pain and suffering damages. However, to arrive at a more definite figure for pain and suffering, an experienced semi-truck accident lawyer will often dig deep into the evidence to identify all of the ways a client’s life has changed because of the pain and suffering. This evidence may include before-and-after pictures and videos, testimony from medical experts, friends, or family members, and the victim’s journals or diaries recording the difficulty inflicted by the accident injuries.

Because of the inherent uncertainty in calculating pain and suffering damages, this item often becomes a sticking point in negotiations between the defendant’s insurance company and the plaintiff’s truck accident injury attorney. It is generally considered reasonable to ask for more compensation for pain and suffering for highly visible scarring (such as scars on the face) or for injuries that result in permanent disability.

Just as pain and suffering can dramatically impact a person’s life, the compensation available for pain and suffering can dramatically impact the total amount of a settlement or an award. This is one of the many reasons it is important to speak with an attorney about your case before agreeing to a quick settlement offer. If you haven’t had the time to completely discern how your injuries or your loss from a truck accident will affect your life, how would the insurance company know?

How Many Truck Accidents Are There?

According to the Insurance Institute for Highway Safety, commercial trucks—when fully loaded—can weigh 20 to 30 times more than an average passenger car. Their massive size and high ground clearance pose a particularly deadly threat to the occupants of passenger vehicles when a collision takes place. In one recent year, 4,136 people died in accidents involving semi-trucks in the United States, with 67 percent of those fatalities comprising drivers and passengers of other vehicles. In the same year, Pennsylvania saw 7,910 accidents involving heavy commercial trucks, resulting in 21 fatalities.

If you were injured in a semi-truck accident that was the truck driver’s fault, or lost a loved one to a truck accident, your best option for pursuing pain and suffering and other compensation is to contact an experienced truck accident injury attorney.