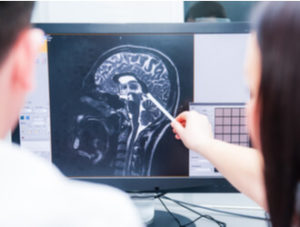 Among all the bodily injuries that you should take seriously, brain injuries are paramount. The brain is our body’s control system; if it’s not functioning properly, the body is not either. This is why brain injuries are of such concern, they have the potential to drastically affect a person’s quality of life.

Concussions are one of the most common brain injuries. Millions of Americans suffer concussions every single year. However, despite their prevalence, many are underinformed about these potentially devastating injuries. For example, many do not recognize that not all concussions are the same and their symptoms can vary widely even if doctors classify them similarly. This piece focuses specifically on “mild” concussions—with the caveat that there’s nothing mild about them.

Definition of “Concussion” and Common Symptoms of Mild Concussions

The Centers for Disease Control defines a concussion as “a type of traumatic brain injury—or TBI—caused by a bump, blow, or jolt to the head or by a hit to the body that causes the head and brain to move rapidly back and forth. This sudden movement can cause the brain to bounce around or twist in the skull, creating chemical changes in the brain and sometimes stretching and damaging brain cells.”

Mild concussion symptoms can vary widely. Most sufferers experience a migraine of some severity, many being quite painful and debilitating. They may also experience blurred vision, brain fog, slurred speech, and a sensitivity to light and loud noises.

Causes of Concussions and Who’s Most at Risk

Concussions can have many different causes. But, generally speaking, a concussion is caused by a blow to the head and/or neck area. When reading “blow to the head or neck area,” you may imagine someone getting injured in a collision sport such as football or a boxer being punched in the head. But concussion-causing blows can be much more seemingly benign.

For instance, car accidents are one of the leading causes of concussions in America. But the concussion-causing blow in a car accident may simply be the jolt that occurs upon colliding with another car can be enough to concuss a healthy adult. Falls are another common cause of concussions, such as may happen if one slips on an icy road leading them to hit their head directly on the ground, or simply causing a violent head movement.

Those most at risk of a concussion include:

Concussions don’t only happen to people in high-octane activities. They’re common injuries that can occur while a person performs mundane tasks.

When to See a Doctor

It’s always important to be evaluated by a doctor if you experience any blow to the head and are experiencing concussion-like symptoms. Concussions, like other forms of traumatic brain injury, can have severe, long-lasting side effects and may require extensive treatment. A doctor can perform an evaluation and, if necessary, a brain scan to evaluate the extent of the damage.

Do Mild Concussions Have Long-Term Repercussions?

Some people who suffer mild concussions will encounter long-term effects on their health. The chances of long-term impact depend, to an extent, on whether you have a history of other concussions.

According to the University of Utah, “Long-term effects of concussion are rare. In fact, the vast majority of people see any symptoms resolve within a few weeks. Only about 20 percent of people might suffer from post-concussion syndrome, where they continue to experience symptoms after six weeks. However, the more concussions you get, the more likely you are to suffer long term consequences, especially if you don’t give your brain enough time to heal between injuries.”

Although rare, people who suffer frequent concussions are at risk of long-term brain damage that could drastically impact their quality of life, resulting in symptoms such as:

Seeking Compensation for a Mild Concussion

If someone else’s negligence or wrongdoing caused your mild concussion, you can seek damages—the legal term for compensation. However, suing for a mild concussion alone isn’t likely to result in damages of great significance. In this context, courts determine a case’s value by examining the hardship and financial losses the plaintiff has incurred from the injury.

Although concussions should never be taken likely, they generally don’t result in job loss, loss of future earnings, or medical debt like more severe injuries. So, a mild concussion by itself is unlikely to entitle a victim to substantial compensation.

However, because the total impact of a concussion can be unknown immediately following an accident, you should closely monitor your state in the weeks and months following a concussion. If symptoms worsen, you may eventually incur costs to justify filing a lawsuit.

Concussions, no matter the severity, should never be taken lightly. If you’re experiencing concussion-like symptoms, get a professional medical evaluation immediately. If you don’t treat a concussion right away, long-term side effects may ensue.

And, if your injuries were the result of an accident caused by another’s negligence or wrongdoing, you may be entitled to compensation. With the help of an experienced traumatic brain injury lawyer, you can file a lawsuit that may result in significant financial compensation for injuries and harms resulting from the concussion. It’s to your advantage to speak with an attorney as soon as you can after a concussion.

Traumatic brain injury lawsuits typically require extensive investigation and discovery, which may take weeks or months to complete. And the longer you wait to begin this process, the more likely key evidence is to fade or disappear.

Furthermore, almost all states impose a statute of limitations on traumatic brain injury lawsuits, a deadline by which a victim must file a lawsuit to preserve their claims. For a negligence claim, the statute of limitations is typically one or two years. Failure to act soon enough after your concussion could mean permanently forfeiting your right to legal recourse. Contact The Levin Firm for a free consultation today.