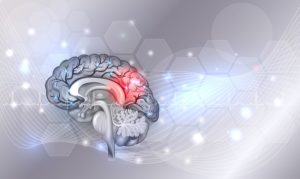 According to the Centers for Disease Control and Prevention (CDC), each year about 2.5 million people visit emergency departments across the nation because of brain injuries. Several hundred thousand wind up staying in the hospital for a day or two, or longer. Tens of thousands die. Brain injuries occur in many situations including traffic accidents, slip and fall accidents, and sports injuries.

Depending on the extent of the injury, victims can suffer permanent brain damage that can negatively impact their life in multiple ways. If you or a loved one has recently suffered a brain injury, you might be unsure about the coming weeks and months. The long-term prognosis of a brain injury can vary greatly depending on the type of brain injury and its severity.

We have developed this guide to provide a broad overview of common types of brain injuries and their potential impact on victims. However, this information does not constitute medical advice, nor does it replace any information you receive from your healthcare provider.

If you or your loved one’s brain injury was a result of another person’s intentional harm or negligence, you should consider contacting an experienced personal injury attorney as soon as possible. Treating a brain injury is costly, and taking legal action can potentially provide the funds you need to get the care you deserve. Until you have the chance to consult with a lawyer, keep reading to learn more about different types of brain injuries.

A concussion is a type of brain injury that occurs when a head trauma causes the head and brain to rapidly move back and forth, causing the brain to move or twist inside the skull. The movement sometimes changes brain chemistry, and sometimes permanently damages brain cells.

Concussions can happen from an indirect trauma to the head (such as the impact of a car accident) or from direct trauma (such as a person hitting their head on the pavement during a slip and fall accident).

The medical terminology for a concussion is mild traumatic brain injury (mTBI), yet the use of “mild” only speaks to the idea that concussions are typically not fatal injuries. The long-term impact of a concussion can be far from mild. In less severe cases, those who suffer concussions typically experience relief from symptoms in days or weeks after getting needed rest and after allowing time for recovery.

Some of the most common symptoms of concussions include headaches, vomiting, nausea, struggles with thinking and memory, balance issues, dizziness, trouble with vision, fatigue, and sleep.

In other cases, symptoms of concussions can last for months or years. Concussions can also sometimes lead to a pool of blood on the brain, a hematoma. Hematomas are dangerous and can be fatal.

If you notice any of the following signs of a hematoma after a concussion, you need to call 911 or head to the nearest emergency room as soon as possible.

A contusion refers to a bruise on the brain. In general, bruising happens when capillaries burst under the skin. In a brain contusion, the capillaries in the brain rupture. Unlike most bruises on other parts of the body, a contusion can be dangerous. In many cases, a contusion leads to bleeding and swelling inside the brain near the site of the injury. A contusion might occur when someone experiences a blunt force trauma to their head, and they often occur with skull fractures.

According to UCLA Health, many who suffer from brain contusions experience a loss of consciousness. Typically, they also experience swelling 48-72 hours after injury. Using diagnostic imaging is not always the go-to method for brain injuries, but CT scans are common for those who suffer from a contusion. The pressure from the contusion can cause a blood clot, which requires doctors to surgically remove the contusion.

The long term prognosis for those who suffer from a brain contusion varies widely. The size of the injury, a person’s age, and whether or not one has suffered other brain injuries can all contribute to the likelihood of a full recovery.

These severe traumatic brain injuries typically occur when the brain shakes back and forth inside the skull. Although it might be difficult to picture, Shaken Baby Syndrome (SBS) is an example of the outcome of a diffuse axonal brain injury. However, people can suffer diffuse brain injuries from unintentional falls or traffic accidents, too. Diffuse injuries can be mild. In fact, a concussion is a mild form of a diffuse axonal injury (DAI).

In the most severe cases, those who suffer a DAI typically remain in a coma for a long period of time and suffer brain damage to many areas in their brain. In some cases, DAI patients remain in a coma until they pass, or they remain in a permanent vegetative state (PVS). When a diffuse axonal injury occurs, the movement of the brain inside the skull shears fibers that connect the brain to the skull. The tearing of nerve fibers disrupts the brain’s regular chemical and communication processes.

A diffuse axonal injury will lead to death approximately 30 percent of the time, especially when those who suffer the injury do not receive immediate medical treatment. Additionally, less than 50 percent of people who suffer a diffuse axonal brain injury fully recover to their pre-accident self. For those who make a promising recovery, it is common for the struggles with memory and the ability to process information to remain.

PBIs typically leave victims in a life or death situation. If they are fortunate enough to live through the injury, victims have a long road to recovery and likely will have at least some permanent brain damage.

The consequences of a penetrating brain injury vary widely, based on the following:

The circumstances of the injury and whether a patient has had a previous brain injury also factor into the long-term outcome of a penetrating brain injury.

A coup-contrecoup brain injury occurs on the initial site of the head trauma and the opposite side of the brain. The easiest way to think about a coup-contrecoup injury is as a double contusion. The action that occurs is similar to that of snapping a rubber band or bungee jumping. A severe head trauma occurs and causes the brain to hit one side of the skull so hard that it bounces into the other side of the skill. The force from the first movement drives the opposite reaction, leading to damage on both sides of the brain.

The dangers that those who experience a coup-contrecoup injury face are the same as those who suffer a contusion, but they are amplified. Patients have double the chance of blood clots, brain bleeds, and other issues that could potentially lead to death. These injuries require immediate medical treatment and possible surgical intervention. The long-term prognosis varies widely depending on the severity and the exact locations of the injury. Failure to receive proper care can lead to a coma or death.

Neurologists and other special doctors use a wide array of tools to diagnose and assess damage after a brain injury, including cognitive and motor skill tests and CT scans. Even after careful analysis, time is often the only way for doctors and brain injury patients to know exactly what is in store in terms of recovery and long-term challenges. The most common evaluation that doctors use to score damage after a traumatic brain injury is the Glasgow Coma Scale.

Two doctors developed the Glasgow Coma Scale in 1974 as a way to communicate the level of consciousness that patients experienced after an acute brain injury. Over the decades, medical professionals have relied on the scale to help with decision-making for care and treatment. The scale is a structured assessment that evaluates three main areas: eye-opening, verbal response, motor response.

Medical professionals evaluate motor responses on a scale of one to six, with a score of 1 indicating no motor response and a score of 6 indicating the patient obeys a command. The scores in-between offer description for flexion and extension of muscles, their normality, and whether the patient can localize a command to one area. For example, a doctor might tell a patient to move their leg, but they can only move their ankle.

After a doctor evaluates vision, speech, and motor skills, he or she adds the scores together. The sum of the three areas is the number on the Glasgow Coma Scale (GCS). The GCS number is a valuable tool. Sometimes CT scans do not clearly show brain damage, and the GCS helps doctors have a better picture of what is going on after a brain injury.

Get the Help You Need After a Brain Injury

We cannot give medical advice, but we have also worked with many clients who have suffered brain injuries. We understand the gravity of a brain injury, and we know how costly and devastating it can be. A traumatic brain injury, even a mild one, is no joke. You or your loved one needs the best treatment possible and you need to take swift action to avoid causing further damage. Contact a personal injury attorney as soon as possible to help recover damages for your injuries when another person harmed you accidentally or on purpose.

Latest News
View All Articles
July 28, 2021
What To Do After A Philadelphia Car Accident

Getting into a Philadelphia car accident can be a harrowing experience. In the immediate aftermath of a wreck, it is only natural to feel shaken up, disoriented...

According to the Centers for Disease Control and Prevention (CDC), 8 Americans lose their lives every day in distracted driving accidents. In one recent year, 3...

July 27, 2021
What Are The Dangers Posed By Reckless Driving?

Philadelphia Car Accident Lawyers can help you with injuries caused by reckless drivers. Like other states, Pennsylvania’s definition of reckless driving cove...