The Dangers of Philadelphia’s Dump and Garbage Trucks

A Philadelphia judge recently dismissed charges against a garbage truck driver who allegedly struck and killed a 24-year-old woman as she was bicycling to work. The 28-year-old driver was arrested a year after the accident and charged with vehicular homicide after the District Attorneys’ Office discovered that the driver was driving with headphones on, which is illegal in Pennsylvania. The driver was reportedly looking down at paperwork in the center console when he turned right from the street’s left turn lane and cut into the young woman’s path. However, the driver’s truck accident attorney argued that the man was only wearing one earbud while driving and that he had not violated the city’s traffic laws.

Later, the family of the young woman reached a $6 million wrongful death settlement with Gold Metal Environment, which owns the trash truck that the driver was operating. Additionally, the company agreed to give $125,000 over the next five years to organizations that are attempting to make Philadelphia’s streets safer.

While the case is unfortunate, it is hardly an isolated incident. Philadelphia’s sanitation fleet had been in about 2,000 accidents in recent years. Two-thirds of those accidents were determined to have been the fault of the trash truck driver, and the accidents have resulted in dozens of personal injury claims. Settlement of those claims has cost the city’s taxpayers around $4.8 million during the past five years.

In the meantime, dump trucks are also a known contributor to traffic accidents. A dump truck crushed an SUV in Chester County, killing two people inside and wounding three more. The two vehicles collided on the ramp between southbound U.S. Route 202 and westbound U.S. Route 30. Emergency crews worked to rescue the five people who were in the Nissan Pathfinder that was crushed beneath the truck. Two of those people were already dead, and three others were injured, including two who had sustained critical injuries. The dump truck driver was uninjured.

If you’ve been injured in an accident involving a dump truck or a garbage truck in Philadelphia, you should seek compensation to pay for your expenses. An experienced accident attorney can help you make sense of the process.

The Dangers of Dump Trucks and Garbage Trucks

Dump trucks and garbage trucks are two necessary components of our everyday lives. Garbage trucks are responsible for collecting solid waste from homes and businesses throughout Philadelphia. Dump trucks carry materials, such as rocks and dirt, to construction sites around the region. However, in spite of their importance to society, each of these types of trucks poses specific hazards to other motorists on the roadway, as well as to bicyclists and pedestrians.

The Problem With Dump Trucks 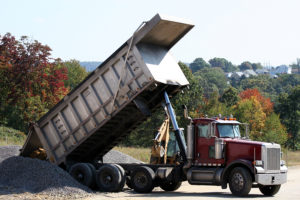 Dump trucks have inherent issues that make them unstable in certain conditions, such as rounding a sharp curve. Heavy loads of loose material carried in the back of the truck can shift during transport, creating a serious weight imbalance in the vehicle. The weight imbalance may make it hard to control the large vehicle—which already requires additional effort to maneuver simply due to its size—and can also cause it to overturn. Even when the truck is not traveling at a high speed, or is perhaps not even moving at all, the imbalanced load can cause the truck to tip if it is on an uneven surface.

When the dump truck empties its load, the loose material can sometimes “stick” to one side of the bed. This can result in a dangerous situation for others at the construction site or for other motorists who may be traveling along the roadway through the work zone. The higher center of gravity present in dump trucks and other large trucks further increases their risk of rolling over.

The Problem With Garbage Trucks

The president of the union that represents 1,200 Philadelphia sanitation workers stated that the overwhelming number of garbage truck accidents isn’t all the fault of the employees, in spite of the data to suggest otherwise. The maze of narrow streets throughout the city, littered with parked vehicles that drivers must maneuver around, adds to the problem, he said. Additionally, garbage truck drivers are told to squeeze 10 tons of trash into a truck that was only designed to hold eight. Overloading the vehicles damages their brakes, according to the union president.

Another problem, according to the news report, is that the city has failed to enforce its own policies regarding sanitation workers who are involved in accidents. Streets Department rules state that drivers with two accidents in a month or four within a year are subject to demotion or firing. However, under the policy, 72 of the city’s 500 garbage truck drivers should have been fired or demoted since 2015 but have not been. One trash truck driver had 19 accidents from 2015 to 2019. He was liable for eight of those accidents.

Why so Many Accidents? 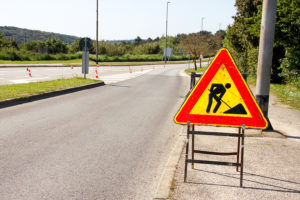 Similar reasons cause accidents involving dump trucks and garbage trucks, although some causes are specific to each truck type.

It is impossible to avoid any type of commercial vehicle collision. However, there are some things you can do to resist your risk of being involved in an accident with a dump truck, garbage truck, or other large truck.

If you’ve been injured in an accident that was caused by the driver of a garbage truck or dump truck, you may be able to receive compensation for your injuries through a third-party insurance claim with the insurance carrier of the company that employs the truck driver or through a personal injury lawsuit. In addition to the truck driver, there may be additional liable parties, including: