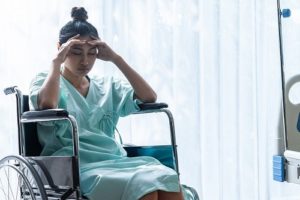 Mental health conditions are more common than many people realize. The National Institute of Mental Health estimates that nearly 47 million Americans experienced a mental illness in a recent year. Approximately 11 million individuals are living with a serious mental illness. As these numbers continue to grow, there is an unprecedented demand for psychiatrists. Currently, over 38,500 members of the American Psychiatric Association (APA) are treating mental illness.

Those who seek treatment from a psychiatrist are extremely vulnerable. Those suffering from severe depression or severe emotional disorders rely on mental health professionals to help them treat and recover from their illness. Patients place their trust in their psychiatrists and expect the best possible care.

The psychiatrist-patient relationship is one of the most intensely personal in the field of professional health care. A psychiatrist’s negligence or errors in diagnosis and treatment can have serious consequences. Like other doctors, psychiatrists may be liable for medical malpractice if their mistake harms a patient.

What Is Psychiatric Malpractice?

Psychiatric malpractice is a type of medical malpractice. Under the law, malpractice has a very specific definition. It refers to the duty of a professional to a patient to follow generally accepted professional standards and meet the medical standard of care. A doctor must exercise a degree of skill as reasonably expected of a doctor in similar circumstances. When a psychiatrist breaches the duty, they may be liable for any resulting damages.

Claims for medical malpractice typically resolve in civil court. More than half of medical error disputes settle through mediation and arbitration, but the rest generally go to trial. The injured party, or plaintiff, is seeking a monetary award for damages and compensation for pain and suffering. If the patient committed suicide, a family member typically files the lawsuit.

Once a standard of care is established, the plaintiff must prove its breach.

Who May Be Liable?

A patient injured by medical malpractice must establish the elements listed above “by a preponderance of the evidence,” which means that they are each more likely than not to be true. This is an easier legal standard to meet than the standard required in criminal cases of proof “beyond a reasonable doubt.”

According to a recent Medscape Psychiatrist Malpractice Report, forty-one percent of US psychiatrists have been sued for malpractice at least once. Still, statistics show that psychiatrists are among the medical specialists least likely to be sued. Medical malpractice incidents may go unreported because patients in a fragile emotional state may not realize what has happened, or they may worry that others would not believe them.

Psychiatrists provide treatment for a variety of emotional and mental health problems, including:

Other medical specialties diagnose and treat bodily injuries and illnesses. However, although psychiatric malpractice is different from that of medical doctors, it can have devastating mental, emotional, and physical consequences. A doctor can take reasonable care and still make an incorrect judgment call, so not every incorrect decision is actionable as malpractice.

The following are just some examples of psychiatric malpractice:

The needs and circumstances of each patient are different. However, in cases of suicide, the standard of care a psychiatrist must meet depends on the doctor’s assessment of the patient’s suicidal risk. Mental health care routinely includes suicide assessments. When psychiatrists fail to perform proper screenings, and then the patient attempts suicide, the doctor may bear liability.

In suicidal patients, a doctor may be liable for damages if they could have or should have reasonably foreseen a risk of injury and failed to act. According to an article published by the National Institutes of Health, psychiatrists who fail to recognize a patient who is at risk for suicide, or do not take the concerns of the patient’s family or friends into account, have a higher chance of a malpractice claim.

If a psychiatrist misses or fails to report the following, he or she could be accountable for the resulting harm:

The Relationship Between Psychiatrist and Patient

At its core, the relationship between psychiatrist and patient is a collaborative endeavor to achieve the patient’s healing. This endeavor is strongly rooted in the therapeutic relationship. In psychotherapy, the quality of this relationship is responsible for 80 percent of the variance in outcome. It is generally more predictive of outcome than the theory used to treat the patient. Because of the personal nature of the treatment, sometimes it is hard to tell when the doctor has committed malpractice.

Foreseeability is an important issue in psychiatric malpractice cases. The court may consider two types of error. An error of fact is a “mistake about a fact that is material to a transaction.” For example, an error of fact may occur when a psychiatrist fails to review a patient’s lab results before making a treatment decision. Negligence is often based on errors of fact.

An error of judgment occurs when the psychiatrist makes a knowledge-based treatment decision in good faith that turns out to have been a mistake. The psychiatrist is less likely to be liable for an error in professional judgment.

Under Section 114 of the MHPA, a physician or any other authorized person who participates in a decision that a patient is examined or treated under the MHPA, in the absence of willful misconduct or gross negligence, is not civilly or criminally liable for such decision or any of its consequences. However, in February 2020, the Pennsylvania Supreme Court issued an opinion concerning the qualified immunity granted in the Mental Health Procedures Act, Section 114.

The court held that “immunity does not apply under circumstances where: (1) the patient was admitted for and primarily received drug detoxification treatment; and (2) the patient did not receive treatment to facilitate recovery from a mental illness.”

The harm that results from psychiatric malpractice can take many forms.

Were You Harmed by Psychiatric Malpractice?

We trust mental health practitioners to apply their knowledge, skills, and compassion for patient welfare. Every patient wants respect. Patients suffering from mental health problems may feel vulnerable and exposed. They may be dealing with feelings of shame or defeat. They may not want to publicly expose their problems in court so they might not report abuses or seek legal help.

As with all lawsuits, you have a limited time to file a claim. The statute of limitations for a medical malpractice case in Pennsylvania is two years from the date the medical mistake occurs. There are exceptions to this rule, so it is best to consult a psychiatric malpractice attorney as soon as possible. Medical malpractice claimants have additional legal hurdles to get over, such as a certificate of merit.