How Long Does It Take To Settle After a Semi-Truck Accident? 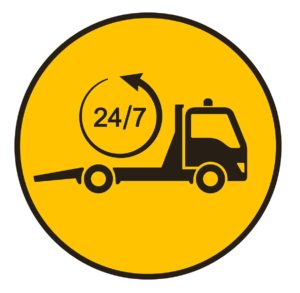 In this blog post, the truck accident attorneys at The Levin Firm discuss the factors that go into determining how long it may take for semi-truck accident victims to settle legal claims for damages stemming from the crash.

Truck accident lawyers, in other words, get a lot of practice fighting for settlements on behalf of truck accident victims.

A settlement is an agreement between someone injured in an accident and the party at fault for causing those injuries. In the typical semi-truck accident settlement, the crash victim receives money, and in return, releases the at-fault party from further liability and (often) dismisses any pending lawsuit for damages against that party. The monetary payment varies widely, as discussed below.

Most, but not all, semi-truck crash lawsuits in Pennsylvania and throughout the United States end in a settlement. Parties with legal liability, their insurers, and their defense attorneys, decide that it makes more sense to pay a known sum of money than to risk the unknown of going to trial. By the same token, injured victims and their lawyers often decide that it is better to take the bird-in-the-hand of a settlement than to risk receiving less (or nothing at all) from a jury.

The goal in many semi-truck accident cases, then, is for the lawyer for the victims to negotiate the maximum possible settlement payment, within a timeframe that best serves the injured client’s personal, financial, and legal interests. Lawyers often do that by taking the steps discussed below, each of which can influence how long it might take to get from accident to agreement.

Investigation of the typical semi-truck accident begins the moment a first responder shows up at the crash scene. Typically, a police officer who responds will begin gathering evidence right away to include in a preliminary report of what happened. This will include basic facts about factors that may have contributed to the crash, such as the time and place, weather conditions, road hazards, condition of the vehicles, persons involved, and any indications of reckless or illegal conduct (such as drug or alcohol use). The officer’s report typically represents the first—but by no means final—analysis of how the accident happened and who or what was to blame.

Other parties with interests in the crash will frequently also investigate the causes and consequences of a semi-truck crash, each of them with their own purpose in mind. Trucking regulators, such as the FMCSA, may investigate a crash to collect safety data that informs policy-making decisions. Insurance companies that sold policies to trucking companies may investigate to determine the appropriate value of loss claims.

Finally, lawyers for crash victims often investigate to determine who may have legal liability for causing their clients’ injuries. Attorneys may gather evidence that includes photographs from the scene, eyewitness testimony, drug and alcohol test results, a truck driver’s logbooks, and maintenance records for the truck involved. Any or all of this evidence may prove critical in determining who owes money to a crash victim to compensate for the harm the crash caused.

No fixed timeframe necessarily exists for investigating an accident. However, the sooner investigations begin, the better the chances of gathering important evidence and data. That is why we always recommend victims seek experienced legal counsel right away after any semi-truck crash leaves them hurt.

Determining Liability for a Semi-Truck Accident

Armed with information gathered from the attorneys’ own investigation and those conducted by others, an attorney for semi-truck crash victims will frequently come up with a list of individuals and/or entities who may have legal liability for causing a client’s injuries. In a nutshell, a person or corporate entity will have legal liability for the harm caused by an accident if any unreasonably dangerous decision made or action taken by that party caused a semi-truck crash and/or the injuries resulting from it.

Every semi-truck crash has its own facts and circumstances, but frequently one or more of the following parties may face legal liability for a crash and its resulting damages:

As a general matter, identifying as many individuals and entities with potential legal liability as possible gives injured crash victims the best chance of obtaining a fair settlement of their claims. Attorneys for semi-truck crash victims often try hard to target these parties quickly, too, before the parties might take measures to make it more difficult for a victim to file or recover on a claim.

In parallel with figuring out who may owe a semi-truck accident victim money, experienced attorneys also investigate the nature and extent of the injuries and losses the victim suffered. The purpose of this investigation is to pinpoint the dollar amount of damages the victim should receive from the parties at fault.

No one can guarantee that a victim will actually receive a particular amount of money in a settlement, of course. In fact, a lawyer cannot guarantee that a case will settle at all. Every case has its own challenges, including that a party with legal liability simply may not have sufficient financial resources—either through insurance or in assets—to pay the damages the victim should receive, or the party may decide to fight liability in court rather than settle. That is one reason why lawyers work so hard to identify everyone with potential liability for the harm caused by a semi-truck crash: the more parties the liability, the better the chance of the injured victim receiving full compensation.

Demanding and Negotiating for a Fair Settlement

Once lawyers for semi-truck accident victims know who has legal liability to their client, and how much money those parties should have to pay their client as damages, an experienced attorney will often demand that amount of money from those parties by writing to them, their insurers, or their defense lawyers, by filing a lawsuit, or both. However the lawyer makes the demand, some discussion and negotiation usually (but not always) follows to explore the possibility of a settlement.

These discussions may happen all at once, or may ebb and flow over time as the evidence develops and the parties gain a clearer picture of who has liability and how much money they should pay. Sometimes, the parties seek the assistance of a mediator—a neutral third-party, often a retired judge or seasoned lawyer—to help them negotiate a settlement.

Even if settlement discussions initially fail to reach an agreement, the case may yet settle down-the-road. We have represented clients in cases that settled on the eve of a trial, and even after a trial has begun. Of course, sometimes a case simply will not settle; the only way to resolve it consists of presenting the evidence to a judge and jury and relying on their good judgment to do what’s right.

Having read this far, you might realize that many of the factors influencing how long it takes to settle your semi-truck accident claim lie beyond your ability to control. If it were up to you, the large truck crash that harmed you and your family would never have happened in the first place. You had little-to-no influence over who caused it, how many people it affected, or how much legal complication it produced.

Still, you may take a few steps after a semi-truck accident that can influence, both directly and indirectly, the timeline of achieving a fair and reasonable settlement, if one is out there to achieve. They are:

Seeking and Following-Through on Medical Care

Perhaps the biggest mistake any semi-truck accident victim can make is to try to tough it out through an accident injury without seeing a doctor, or to avoid going to the doctor because it’s inconvenient or out of fear of what the doctor might find. If you do not seek medical care, not only will you put your life and health at serious risk, but also, you will badly undercut your chances of recovering the damages you deserve for a crash injury.

You may also inadvertently stretch out the timeline for any potential settlement. Why? Because when defense lawyers for the parties with legal liability see that you did not seek medical care, they may think your case is weak and resist offering a fair settlement.

So, always seek immediate medical care after any accident, and follow your doctor’s instructions.

Get a Truck Accident Lawyer Involved Right Away

The longer you wait to seek experienced legal counsel, the longer it will take to reach a fair settlement of your claim. Note that we say a fair settlement. Insurance companies and defense lawyers who know you do not yet have an attorney may reach out to you right away to offer you money to settle your claim. Just know that those kinds of offers rarely amount to more than a few pennies on the dollar of what you have the legal right to receive. They hope to take advantage of you before you get advice from a knowledgeable lawyer. Do not entertain these offers. Trust an experienced attorney to negotiate for a settlement on your behalf instead. 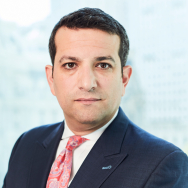 This may sound backward, but the more patience you have for the process of building a case and negotiating a settlement, the better your chances of achieving a fair settlement in the least amount of time possible. Yes, you read that right: patience can make a fair settlement happen faster.

The simple fact is, parties who seem needy in a settlement negotiation—or any negotiation, really—will rarely, if ever, get what they want. We understand that semi-truck accidents can cause enormous financial difficulties for victims and their families. However, if an injured party can hang in there financially while their lawyers do the hard work of building the strongest possible and of getting a feel for when it is time to push for a resolution, then that party will often have the best shot at obtaining maximum compensation.

Crashes involving semi-trucks are some of the most disastrous accidents on the road. Dealing with the aftermath of a truck accident can feel confusing and overwhelming. Many semi-truck accidents involve complicated factual and legal issues, making it difficult to predict how long it will take to build up to a successful settlement. However, when you trust in a seasoned semi-truck accident injury attorney, you give yourself the best shot at achieving a fair settlement on a timeline that serves your best interests.