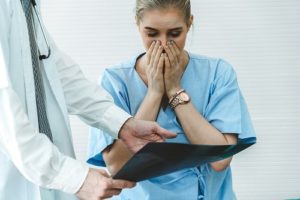 We trust doctors to observe our symptoms and to diagnose our conditions. That is, after all, one of their most important jobs.

Most of the time, doctors make the right call about what ails us. Sometimes, however, they do not. If we’re lucky, the doctor’s mistake will not cause us too much difficulty. Unfortunately, some of us are not so lucky. The doctor overlooks warning signs and fails to diagnose cancer growing in our bodies.

When this happens, the doctor’s mistake could cost us our lives. At a minimum, it delays us beginning treatment and gives cancer a chance to gain a foothold and, in some cases, to spread to other organs and systems.

In this blog post, we discuss the nightmare scenario of a doctor failing to diagnose cancer: why it should not happen, and when you should seek the counsel of an experienced medical malpractice attorney if it does. To learn about your specific legal rights after a doctor fails to diagnose cancer in you or a loved one, contact a skilled medical malpractice injury lawyer today for a free case evaluation.

The Medical Standard of Care

Broadly speaking, doctors have a legal and ethical obligation to provide all patients with a minimum medical standard of care, which represents the basic quality of care that a qualified doctor should reasonably be expected to provide in a particular circumstance. The standard of care can vary from doctor-to-doctor and setting-to-setting, but only within reason.

We might not necessarily expect a family doctor in a tiny, rural medical office to have the same ability to care for a patient suffering from a heart attack as would a board-certified cardiologist at a major university hospital; but we would probably reasonably expect both to use CPR and a defibrillator to try to restart the patient’s heart.

The standard of care applies to the diagnosis of health conditions. Diagnosis, as any doctor will tell you, is half-science, half-art. Medical professionals must interpret a collection of symptoms, some of them often vague and intermittent, to determine a patient’s situation. Diagnostic tests can help in many instances, but not all. Sometimes, doctors have to make a judgment call based on imperfect evidence.

For that reason, what constitutes a minimum standard of care in diagnosing disease also varies based on circumstances. The doctor in the small-town medical clinic might not be expected to spot an obscure tropical disease in a patient the same way an infectious disease specialist at a major hospital might. In fact, we might not even reasonably expect a highly-trained specialist to get a diagnosis right all the time.

However, we do expect both of them to notice obvious symptoms associated with well-known and widespread illnesses. In other words, even a top doctor might not have violated the medical standard of care in failing to diagnose the first-ever case of a brand-new virus like COVID-19, but virtually any doctor, anywhere, who overlooks that diagnosis in a symptomatic patient today would probably have fallen short of the minimum level of care.

As a general rule, the medical standard of care in cancer diagnosis tracks the principles above. It is reasonable to expect that most qualified doctors will have the ability to recognize the symptoms of common forms of cancer, and either to diagnose those cancers themselves or refer a patient to a specialist to explore or confirm a diagnosis.

Reasonable expectations tend to grow more narrow when it comes to rare forms of cancer, or cancers that exhibit symptoms easily mistaken for more common health conditions. A general practice doctor might not fall short of the standard of care in failing to diagnose those rare diseases, although a Board Certified oncologist at a specialty cancer center might.

In short, we give doctors leeway to interpret symptoms and to diagnose cancers, but we also hold them to a minimum reasonable level of proficiency. You cannot always say a doctor fell short of expectations in failing to diagnose cancer, but you can expect most doctors to get a cancer diagnosis right when it comes to well-recognized symptoms for well-known cancers in their area of medical practice.

Let’s take a look at some common cancers that it is reasonable to expect doctors to diagnose accurately. Links in the headings below lead to detailed information about each disease from the American Cancer Society.

Doctors diagnose more than 80,000 new cases of adult bladder cancer and other cancers of the urinary tract every year, most in patients over age 55, and about three-quarters of them in men. Common signs and symptoms that doctors should always recognize as potential signifiers of a bladder/urinary tract cancer include blood in the urine, marked changes in patterns of urination, pain during urination, or the inability to urinate. A history of smoking and workplace exposure to organic chemicals are also significant risk factors for bladder/urinary tract cancer that doctors should recognize as increasing the likelihood that a patient with symptoms may have cancer.

More than 100,000 Americans receive a colon cancer diagnosis annually. Together with rectal cancer (of which more than 40,000 new cases a year arise), colon cancer is the third most common cancer in men and women. Doctors can and should screen at-risk patients for colon cancer long before it begins to show symptoms, which when they appear can include marked changes in bowel movements and blood in the stool. Through timely, routine screening, doctors can even prevent colon cancer in some cases. Obesity, lack of exercise, smoking, and poor diet are all risk factors for colon cancer that doctors should know.

Ovarian cancer afflicts more than 20,000 women per year, most of them older, and has a relatively poor prognosis. It is possible, but not common, for doctors to spot ovarian cancer early, and regular gynecological exams increase the odds of an early diagnosis. More often, doctors diagnose ovarian cancer when signs and symptoms emerge, such as bloating, pelvic or belly pain, trouble eating, or feeling a frequent or urgent need to urinate. Doctors should also recognize patients at risk for ovarian cancer, including those who are elderly, obese, who had their first child later in life (or did not have children), or have a family history of ovarian or gynecological cancers.

Lung cancer is the second most common cancer in men and women, with nearly a quarter-million cases diagnosed in the United States every year. Only breast cancer in women, and prostate cancer in men, are more common. Smoking is the most well-recognized risk factor for lung cancer, and doctors should screen patients with a history of smoking regularly to detect the disease before it begins to show symptoms. Symptoms tend to appear once cancer begins to spread, and include an assortment of breathing and lung-related difficulties, including a persistent cough, coughing up blood, chest pain, and shortness of breath.

Breast cancer is the most common form of cancer in women and the second leading cause of cancer-related death. More than a quarter-million women receive a breast cancer diagnosis every year. All women over 40 should receive regular screening for breast cancer through annual mammograms. Women at high risk, such as because of their family history, age, obesity, or history of smoking or alcohol use, should have more intensive screenings. Common signs of breast cancer include a lump, swelling, dimpling, or pain in the breast.

Other common cancers that doctors should have the reasonable ability to diagnose include:

Legal Help for Patients Whose Cancer a Doctor Failed to Diagnose

Any cancer diagnosis feels terrifying, but one that your doctor could and should have caught months or years earlier also feels like a betrayal. A doctor’s carelessness, inattention, or ego-driven failure to hear your concerns may now have cost you your life. Now you will need every last drop of strength, determination, and financial support to fight the good fight against this deadly disease.

People facing cancer diagnoses tend to find strength and determination in themselves that they never knew they had. Financial resources, however, are often another story entirely. Life goes on even as you confront the biggest fight of your life.

You have regular bills to pay, and new ones on top of that for cancer treatments and doctor visits. You have a job to hold down, but cancer and therapies for it can sap your energy and make it hard to focus. You have moments of life to enjoy with your family and friends, but the looming thought of a disease you might never have had to battle—if only your doctor had recognized the signs and risk factors—always casts a shadow across your days.

You deserve compensation for the difficulty your doctor’s failure to diagnose your cancer has caused in your life. You need a financial backstop, relief from your bills, the freedom to take time away from work to focus your energy on getting better, and the peace of mind of knowing that you will be ok financially no matter what this fight brings your way.

An experienced medical malpractice attorney can help you secure that compensation today. Here’s how.

Evaluating the Standard of Care in Your Case

You know in your gut that your doctor should have caught this disease long ago. But, how do you prove it? Put your trust in a skilled medical malpractice lawyer, that’s how.

Medical malpractice attorneys have years of experience comparing what doctors did to what they should have done. To evaluate whether a doctor failed to live up the minimum standard of care in your case, these lawyers draw on a deep well of knowledge about the current state of science and medicine relating to the cancer that you now face. They also work with a network of medical experts who can advise them about the best practices and protocols your doctor should have followed.

In other words, medical malpractice lawyers take that gut feeling you have about how your doctor dropped the ball, and back it up with evidence and expert opinions that prove you are right.

Preparing and Pursuing a Claim to Get You Compensation

Suing a doctor for missing a cancer diagnosis takes much more time, effort, and preparation than suing, say, a negligent motorist in a car accident case. However, with the right lawyer by their side, cancer patients can hope to recover significant financial compensation to steel them in their fight against the disease.

Experienced medical malpractice lawyers have the diverse scientific, medical, and legal knowledge necessary to collect the most relevant evidence, and meet the tight deadlines set by state law, to make a successful claim for monetary damages against a doctor who failed to diagnose cancer.

They draw on those skills to prepare and file your case, negotiate settlements with defense lawyers and medical malpractice liability insurance companies when possible, and when necessary argue complicated medical malpractice cases to judges and juries in language that’s easy to understand, all in service of compensating you for the failure to receive the standard of care you had every right to expect.

To learn more about your rights after a doctor misses a cancer diagnosis in you or a loved one, contact a skilled, compassionate medical malpractice attorney today for a free case evaluation.

Latest News
View All Articles
October 24, 2020
What to Expect From a Motorcycle Accident Attorney

As a biker, you like being out on the road where you can feel a sense of freedom you can’t get anywhere else. An attorney’s office is probably one of the la...

Spine surgeries can go wrong fast. Doctors and their teams operate on bones, cartilage, nerves, and blood vessels close to the spinal cord, the delicate bundle ...

In today’s world, surgeries have become commonplace. Surgeries that once required hospitalization doctors often perform as outpatient procedures. The advances...