Sharing the Road with Big Trucks: The Ones You’re Most Likely to See 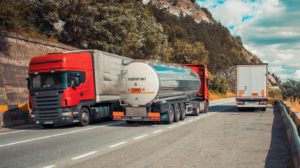 With more than two million people working in the trucking industry, it’s little wonder that no matter where you go in the United States, you see trucks all around you. While trucks usually stick to highways and interstates while attempting to meet their deadlines, you may find big trucks anywhere—including on the smaller residential roads throughout your city. When you share the road with big trucks, you must make certain allowances for them to decrease the odds of an accident and keep both you and the truck driver safer. Many trucks fill America’s roads—and you may notice several common types when you’re on the road. Below are the most likely to see trucks on the road that cause potential accidents from an experienced truck accident lawyer.

When you think of sharing the road with big trucks (and more because the amount of truckers is growing), you may think first of tractor trailers (also known as 18-wheelers), like Mack and Peterbilt. These trucks transport the bulk of the goods that travel across the nation, from the supplies in your local hardware store to the mail orders that travel across the country every day. Tractor-trailers generally consist of two parts: the cab of the truck and an attached trailer. In some cases, drivers may haul more than one trailer behind a single truck.

When sharing the road with a tractor-trailer, keep in mind that these vehicles have a wide turn radius and poor visibility. If you cannot see a driver’s mirrors, as you see posted on many trucks, he or she cannot see you. Try to keep your vehicle out of the truck’s blind spots, and allow plenty of room for the truck to maneuver. Remember that you often cannot tell by looking how heavily the company loaded the truck. A heavily-loaded truck may need even more room to slow or stop than a lightly-loaded truck, while a truck loaded improperly may not balance well, making it more difficult for the driver to control.

In addition to normal tractor-trailers, some 18-wheelers also contain special refrigeration units that keep their contents cold. Refrigerator trucks outwardly look like any other eighteen-wheeler. Their trailers, however, contain cooling units that keep the contents at an optimal temperature. Refrigerator trucks typically transport food, flowers, or chemicals that need to be refrigerated. These trucks may have a tighter deadline than others when it comes to reaching their destinations, since their cargo can go bad faster.

In heavily wooded areas, logging trucks remain a common sight on the roads, as they transport logs from the forest to other companies that will then transform them into usable planks, paper, and wood products. Logging trucks typically contain a large cage that helps hold in the huge logs. The logs are then strapped down onto the bed of the truck, preventing them from rolling off of the truck. While these measures can decrease the damage caused by logging trucks in an accident, damage to the straps or cage could cause a falling cargo accident, increasing the risk of crushing damage in an accident. Logging trucks may also have very poor visibility, especially when overloaded.

Unlike most trucks, the trailers behind flatbed trucks do not contain heavy, raised sides. Instead, these trailers, as the name implies, have a flat surface that drivers can use to carry a variety of large or oversized items that would not fit in a traditional trailer. Flatbed trucks, when empty, may offer more visibility, but those trailers may also move differently on the road than they do when fully loaded. When loaded, many flatbed trucks carry large cargo that may actually hang over the sides of the bed. In this case, the oversized item should have a flag that makes it easier for drivers to judge the location of the cargo relative to the truck.

When sharing the road with flatbed trucks and other trucks transporting oversized cargo, pay careful attention to the chase cars. In some cases, these chase cars—the smaller vehicles, usually trucks, that travel in front of and behind the oversized truck—will position themselves to allow proper following room for the vehicle. Do not attempt to get around the chase cars, which the drivers put in place for your protection and to help decrease accident risk. If you need to pass a vehicle with oversized cargo, pay particular attention to the flags, and do not attempt to pass in a narrow area.

While garbage trucks do not typically take up as much space on the road as larger trucks, they do pose their own unique set of hazards. Garbage trucks, like semi-trucks, often have poor visibility around them: if you cannot see the driver’s mirrors, your car may have slipped into a blind spot. Garbage trucks in residential neighborhoods may stop frequently as they travel from house to house to collect the garbage. In some cases, garbage trucks may pull past the driveway, then back up into it, to properly position the truck to lift the cans in.

In some cases, once garbage trucks pull out onto the highway or another large road, they may pose another danger: trash falling out of the back, creating a road hazard. If you follow a garbage truck on the road, take a look at how the garbage men loaded the trash. In a truck with an open back, especially if you note trash bouncing around or overloaded in the truck, back off and give plenty of following room. This simple step can offer a great deal of protection, giving you more time to respond if something does fall off the back of the truck.

Moving trucks provide a valuable service, allowing people to easily move their large possessions to a new home or a storage facility in a few short trips. Unfortunately, many moving trucks may have drivers who have never driven something that large before. While larger moving trucks must have drivers with Class C licenses, and who therefore have received the necessary training to safely operate these large vehicles, smaller moving trucks may slip through the cracks of your state’s laws. When you see a moving truck on the road, give it a wide berth. Keep in mind that people just like you may have loaded the truck. Without substantial experience, that may mean a poorly-loaded vehicle with an inexperienced driver, a bad combination that could lead to problems on the road.

Contractors, road workers, and maintenance professionals must often use large vehicles to accomplish their job responsibilities. Some of those vehicles receive transport on a flatbed truck; bobcats, bulldozers, cranes, and backhoes, for example, usually catch a ride on a flatbed. In some cases, however, large construction equipment may travel the road on its own. Workers may choose to drive these slow, unwieldy vehicles short distances to accomplish new tasks, rather than loading them up like they would for a longer trip. When sharing the road with these vehicles, exercise patience. They cannot travel at the speed limit, especially on interstates and highways. These vehicles, however, usually serve an important purpose. Other vehicles may normally travel on the road, including:

Small tow trucks often show up to carry passenger vehicles that got stuck in a tight spot or that stopped working in the middle of the road. A single small tow truck generally hauls only a single vehicle, though in some cases, the operator may choose to stack multiple vehicles to make transport easier. You may struggle to see a tow truck’s lights if you do not look carefully, since in some cases, they may be obscured by the nonoperational vehicle. Paying careful attention to a tow truck can also warn you if the truck needs to stop or slow down to help a stranded traveler.

When following a car hauler, pay particular attention to the size of the vehicle. Large car haulers may have poor balance and take up more room on the road than smaller vehicles. Make sure you give the driver plenty of room to stop and turn. Avoid pulling out in front of car haulers when possible.

Like big trucks, emergency vehicles often take up more room than traditional passenger vehicles. While police cars generally share the size and design of civilian vehicles, fire trucks and ambulances may take up more room on the road and have special requirements. Any time you see flashing lights or hear sirens, make sure to pull your vehicle out of the way or take steps to avoid a collision with the emergency vehicle. 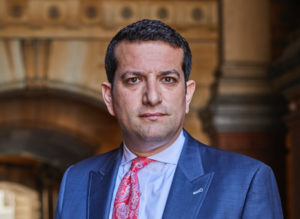 Sharing the road with big trucks has its hazards. While these trucks offer incredible benefits to the population as a whole, they also, at times, pose substantial dangers. If you suffered serious injuries in an accident with a big truck, contact an attorney as soon as possible to determine your eligibility to seek compensation.