Can I Sue If My Child Was Injured at Daycare? 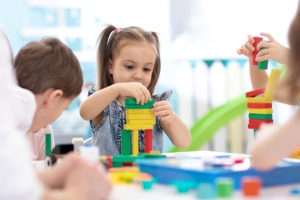 The parents of a 10-month-old girl recently filed a lawsuit against a daycare center in Overbrook Park after a portion of the little girl’s finger was severed while she was at the facility. The child was taken by ambulance to the hospital, where doctors planned to monitor the wound, with the possibility of reconstruction surgery needed in the future. The mother stated that she simply wants to know what happened to her daughter while she was in the center’s care. The family’s attorney stated that he hopes the lawsuit improves the daycare’s procedures so that no other children are injured there, stating that the injury was preventable.

Each day, throughout Philadelphia, parents entrust the most important part of their lives, their children, to daycare providers. What happens when a child is injured at a daycare center due to a lack of supervision, neglect, or even child abuse? Are daycare centers investigated? Can parents recover money to pay for the medical expenses incurred? Let’s take a look at these issues.

Childhood injuries are a relatively common phenomenon in any setting. In fact, unintentional injuries are the leading cause of death for U.S. children, according to the Centers for Disease Control and Prevention (CDC). Approximately 9.2 million children visit the emergency department each year due to injury, with falls being the leading cause of non-fatal injury. Injuries are most commonly experienced by children aged two to five years old. Daycare centers feature many potential hazards not necessarily found in the family’s home. With those hazards come a few injuries common to that specific setting, including:

How Common Is Abuse at Daycare Centers? 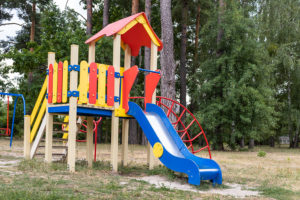 Pennsylvania law defines daycare abuse as an act that causes non-accidental serious physical injury, sexual abuse or sexual exploitation, serious physical neglect (including prolonged or repeated lack of supervision), or failure to provide the children attending the center with the essentials of life.

The totals above do not include private babysitters employed by the child’s parents. The number of substantiated reports of abuse involving a babysitter who was the perpetrator in 2018 was 156.

What Are the Signs of Daycare Abuse?

As explained above, daycare abuse may include serious physical injury, but it doesn’t always. Many of the wounds caused by abuse are emotional. If your child is exhibiting the following signs, you may have reason to suspect that abuse is taking place.

If the Injury Wasn’t the Result of Abuse, Do I Still Have a Case?

The determination of whether you have a legal claim to compensation due to the injuries your child sustained at a daycare center is something you and your personal injury attorney will discuss during your initial consultation and is dependent on the facts of how the injury occurred. That said, daycare centers in Pennsylvania are required to be licensed by the state, are subject to inspection, and are heavily regulated. A violation of state regulations or the own daycare center’s policy could give rise to liability for the center and its employees. Some of the regulations that the center is required to follow include:

Some of the factors that may constitute negligence in a daycare center include:

My Child’s Daycare Center Made Me Sign a Waiver

Many daycare center directors or operators believe that they can require parents of newly enrolled attendees to sign a waiver releasing the center of any liability if an injury should result from accidental or intentional actions by the daycare center staff. However, this is not the case.

Because daycare centers are in the business of providing care to and supervision of children and are a state-regulated industry, these waivers may not hold up in court. If your child was injured because of negligence or abuse, not only will state inspectors from the Department of Children and Families investigate reported allegations, but you will still be entitled to seek compensation for expenses and life impacts incurred due to the injury.

Who Is At Fault for My Child’s Injury? 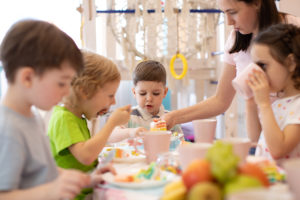 If your child was injured at a daycare facility, it may not always be immediately apparent whose actions led to the injury taking place. In daycare injury lawsuits, there is often more than one defendant, because many people and entities have a responsibility toward your child in daycare. Some potentially liable parties include:

The suspicion that your child may have been abused at a daycare center is terrifying for parents and may cause feelings of guilt or disbelief. If you suspect that your child’s injuries were abuse-related or a result of dangerous conditions at a daycare facility, here are some tips as to what to do next: