Can I Sue if I get Food Poisoning from a Restaurant? 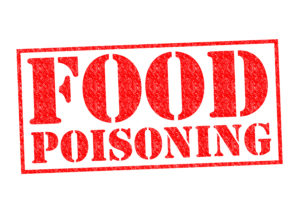 First things first: If you become ill from food you consumed at a restaurant, the likely culprit isn’t actual poisoning. Instead, it is generally a bacterial, viral, or parasitical-caused illness, commonly referred to as a foodborne illness. Can you sue if you contract a foodborne illness from eating at a Philadelphia restaurant? The easy answer to the question is yes, acquiring a foodborne illness from a restaurant is legally actionable in Pennsylvania. However, it’s a complex issue due to how foodborne illnesses are identified, diagnosed, treated, and reported. You will want to  contact an experienced personal injury attorney. Read on for more information.

What Are Foodborne Illnesses?

According to the U.S. Centers for Disease Control and Prevention (CDC), an estimated 48 million people become sick each year due to foodborne illnesses. 128,000 of these people will require hospitalization to treat the illness, and around 3,000 people will die. Those most at risk for developing a foodborne illness include: 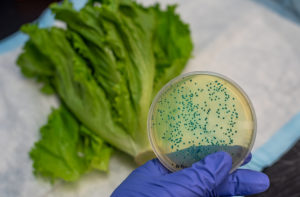 As previously mentioned, most cases of food poisoning are actually foodborne illnesses caused by bacteria, viruses, or parasites. However, there are a small number of actual food poisoning cases in the U.S. each year that are caused by exposure to harmful toxins or chemicals. Exposure may be accidental, occurring due to chemicals being stored in the same vicinity as food, or intentional.

Which Foods Cause the Most Foodborne Illnesses?

A comprehensive study conducted by the CDC of foodborne illnesses in the United States from 1998 to 2008 revealed that the foods most likely to infect individuals with a bacterial or viral illnesses include:

Aren’t Restaurants Inspected for Conditions That Could Cause Foodborne Illnesses?

The purpose of these inspections, which follow food codes developed by the U.S. Food and Drug Administration in accordance with federal food safety laws, is to protect the public and prevent the spread of foodborne illness. A 2014 report from the Centers for Science and Public Interest revealed that restaurants are the most likely location to acquire a foodborne illness, with people being twice as likely to become sick with a foodborne illness from a restaurant than from food cooked at home. From 2002-2011, there were 1,610 outbreaks in restaurants that sickened more than 28,000 people. 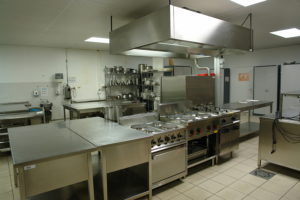 In Pennsylvania, restaurants are given an unannounced inspection once a year. Some of the common violations found on inspection reports include:

Those suffering from foodborne illnesses from restaurants in Pennsylvania may file a personal injury lawsuit. Wrongful death actions are also a possibility in cases where the foodborne illness results in someone’s death. However, these aren’t always the easiest cases to prove, for the following reasons:

If you suspect that you became sick due to contaminated food at a restaurant, your experienced personal injury attorney will carefully examine the details of your case to determine all potentially liable parties. Some of the information that he or she will use to do this includes:

If you suffered an illness that resolved on its own after a few days, it is unlikely that you will recover compensation. However, if your illness resulted in hospitalization, missed work, or led to complications that have affected your life, or if you lost a loved one due to a confirmed foodborne illness outbreak, a skilled attorney can help you to understand your legal options.