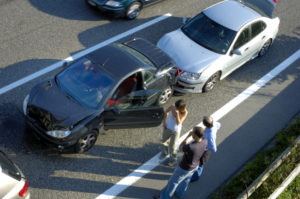 A 19-year-old woman sustained injuries in a multi-vehicle crash in Philadelphia when another car collided with hers and pushed it into a parked school bus. The late-morning accident occurred when a black Scion, driven by an 18-year-old male, allegedly swerved into the left lane, striking the woman’s BMW. This caused the BMW to crash into the back of the bus.

The critically injured young woman became trapped in the vehicle as it was wedged underneath the back of the bus. Rescuers freed her and she was transported to the hospital. No one else was injured in the accident. At the time that the news report of the accident was published, it was unclear as to whether the driver of the Scion would face any charges related to the accident.

In Pennsylvania, there approximately 15 motor vehicle crashes every hour, on average. While some of these car accidents are single-vehicle crashes, many involve multiple vehicles and some could even be considered chain reaction crashes.

What Are Chain Reaction Crashes?

If three or more vehicles are involved in a collision, it is considered a chain-reaction crash. The term “chain reaction” refers to the way these accidents generally begin. Two vehicles collide, and either the force of the initial collision or the disabled vehicles create lead to collisions with still more vehicles. News reports frequently refer to these accidents as “pileups,” particularly when they occur on highways or interstates where there is a lot of vehicular traffic traveling at higher speeds.

Some other types of chain reaction crashes include:

As with most motor vehicle accidents, chain-reaction crashes are generally caused by human error, though weather conditions and visibility issues also play a part. Here are some of the most common ways that chain reactions occur:

The common factor in most chain reaction crashes is the presence of traffic congestion. With more drivers operating motor vehicles in a small area, there is more opportunity for human error. When an accident occurs in congestion, there is a greater potential of other vehicles becoming involved simply due to their close proximity.

The Dangers of Chain Reaction Crashes

The risk of becoming injured in an accident may be higher in chain-reaction crashes than in crashes involving just one or two vehicles because of: 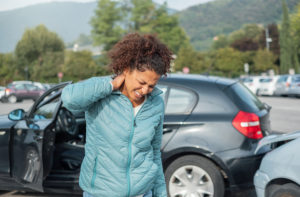 In causing widespread damage, injuries, and fatalities, chain reaction collisions present lawyers, forensic experts, and insurance companies with a massive challenge in determining who should face legal liability to victims for damages. Liability may fall on the negligent actions of one driver, or several drivers may be at fault due to their driving errors.

Here is a look at a few of the common ways these crashes occur with consideration given as to fault:

When it comes to determining liability in an accident, one must establish that the driver of the other vehicle was driving negligently or recklessly. This is established by showing:

In Pennsylvania, car accident victims may seek compensation from multiple at-fault parties through a personal injury lawsuit, provided they can establish the liability of each party separately. This may involve more than one driver whose actions resulted in a multi-car collision. It also may include other at-fault parties who may not have been involved in the crash itself but whose actions contributed to the circumstances that led to the crash. Such liable parties could include:

A personal injury attorney can carefully evaluate all of the factors involved in a multi-car accident to identify all potentially liable parties and potential insurance resources that could be accessed to pay damages to those injured.

Can Chain Reaction Crashes Be Avoided?

While it is impossible to control all of the factors involved in a chain reaction crash, there are steps you can take to protect yourself from falling victim to one. Here are some tips:

Were you injured in a three-car crash? If so, you may have the right to recover compensation for your injuries. To learn more, contact an experienced car accident injury attorney as soon as possible.